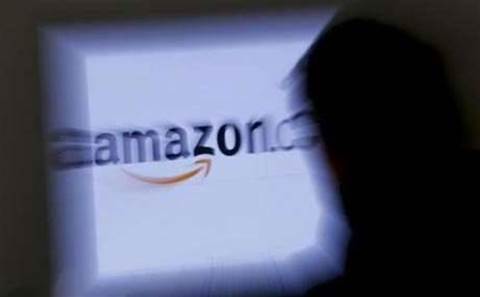 For the past eight years, Jassy has zeroed in on every opportunity to remove costs from the AWS business, with a business philosophy that is straight from the rulebook of its e-commerce parent rather than a typical IT supplier.

Amazon Web Services has reduced its prices on 40-plus consecutive occasions, at times leading the charge, at other times countering similar moves by Microsoft and Google. Most recently, AWS revealed cuts as high as 40 percent.

Those cost reductions have had a dramatic impact on Australia’s domestic web hosting market and threaten to do the same more broadly across the sector. The race to the bottom has got to the point that low-cost focused vendor Dell recently ruled itself out of entering this "crowded space".

If the ultimate winner of the price war comes down to who squeezes the last dollar out of their cost base, AWS would have to be considered a strong contender.

Below are four of the reasons AWS can afford to cut its prices:

Like Facebook, Google and other web-scale entities, AWS tends to shun the usual brand names that manufacture general purpose hardware, and instead designs its own hardware specifically for the hosting of its services.

Beyond an acknowledgement that it uses Intel chips, AWS has not publicly revealed any of its vendor partners or systems integrators.

That said, senior VP Andy Jassy was happy to share some guiding principles around the company’s hardware designs while in Australia last week for the AWS Summit.

AWS sources its own components – everything from processors to disk drives to memory and network cards, he said, and uses contract manufacturing to package those components into custom machines.

“Designing some of your own hardware helps [lower costs],” he explained, because AWS strips out any components that aren’t required to offer a service.

If instead it bought hardware from an OEM vendors – hardware designed to be broadly suitable to any application – AWS would “end up paying for components customers aren’t using”, he said.

The same philosophy extends to storage. AWS has configured its own storage arrays in the name of density.

“We also built our own networking hardware, and have our own protocol stack, and the price point has changed phenomenally,” he said at a recent AWS event. “The ASICs that forms the heart of one of these routers doesn’t change, but when we I started playing with them, it was 24 ports, then it was 36, then it was 48, and 96 is just around the corner.”

Hamilton said network performance reports are forwarded all the way to Andy Jassy.

“The cost of deploying a service is all infrastructure,” said Hamilton. “The difference between the infrastructure being an anchor around the neck of AWS shareholders, versus a group that is capable of helping reduce prices 38 times all comes down to the costs of the infrastructure. All of our engineers are focused on that problem.”

Analysts note that even using custom hardware, Amazon’s storage prices have dropped at a pace that well and truly outstrips Moore’s Law.

Two theories have been put forward to explain the phenomenon – neither of which have directly been confirmed by the company.

First, spinning disk has a high failure rate, so to account for returns, manufacturers usually build the cost of processing, shipping and replacing product into the price of each unit.

CRN understands that AWS negotiated a discounted price with at least one of its disk suppliers [Seagate] to purchase bulk hard drives under the understanding that none will ever be returned. When a drive breaks at AWS, it is swapped out at speed.

While it would not back up this speculation, Amazon has confirmed that no disk drive – or any component used to supply a customer a service – leaves an AWS facility without being "demagnetised and shredded". A spokesperson said that this process is driven by the data privacy needs of customers. It nonetheless would seem to drive a better price.

The other key theory on Amazon’s storage prices concerns whether it is feasible the ludicrously low-cost Glacier archive storage service could be based on disk. In Sydney, Glacier is priced at just $0.012 per GB.

iTnews has speculated in the past that the cost and performance of the service suggests it can only be based, at least, partly, on tape.

Jassy wouldn’t be drawn on whether the theory is correct, saying only that automation was the key difference between traditional tape libraries and “what we do with Glacier”.

“It’s pretty different [to a standard tape library], I’ll leave it at that,” he said.

This supply chain intelligence materialises in other ways. During the AWS Summit in Sydney, Amazon CTO Werner Vogels said the company has built a "replicated supply chain with multiple vendors".

Vogels pointed to the 2011 Thailand floods, which knocked out 25-30 percent of the world's hard disk manufacturing, with subsequent rise in prices. However, Vogels said AWS "had no disruption of bringing hard disk into our supply chain" following the natural disaster.

Negotiating discounts on streamlined hardware is only possible for those organisations that have achieved significant scale.

AWS began its cloud journey with considerable bargaining power as an online retailer, and eight years later, its scale is staggering.

Analyst body Canalys reported that AWS's 2013 revenues were expected to top $3.8 billion – more than the next five major IaaS players combined. Gartner has also stated that AWS has five times the compute capacity of the next 14 providers combined.

Hamilton noted that each day, AWS adds as much server capacity to its compute cloud as the whole of Amazon’s retail arm utilised in 2003, which at the time was a US$7 billion business.

That said, he insisted that scale doesn’t equate to AWS powering thousands of servers that sit under-utilised at any point in time. One of the primary reasons the company uses contract manufacturing and sources its own components is to ensure a just-in-time build of infrastructure and “not have resources lying fallow in the data centre that yet to deliver value.”

Almost as important as Amazon’s technical prowess is its culture. One of Amazon’s 14 leadership principles is frugality.

According to its leadership document, "We try not to spend money on things that don’t matter to customers. Frugality breeds resourcefulness, self-sufficiency, and invention. There are no extra points for headcount, budget size or fixed expense."

Jassy echoed this sentiment when speaking with iTnews: “We try not to spend money on things that our customers don’t value. That’s been a key part of our DNA.”

That frugality extends beyond the supply chain. It also means that executives aren’t endowed with luxuries beyond what is absolutely necessary.

For example, the company will only pay for its employees to fly Economy, and that includes its senior executives. If they feel the need to upgrade to Business or First Class, they must do so from their own pocket.

“If you’re flying everyone Business and First Class to meet customers, its a pretty substantial expense, and none of that benefits customers,” Jassy explained.

“If you look at the scale of how many staff an IT company employs, it does make a difference.”

Amazon’s obsession with cutting costs goes all the way to the top. Jeff Bezos' focus on cost-reduction is legendary. The company constantly tests the patience of its investors – Amazon generated a whopping $74.45 billion in revenue for its financial year to 31 December 2013, but just $274 million in net income, a margin of roughly 0.3 percent. It sells Kindles at cost.

“Culture matters a lot,” Jassy said. “There is a very big difference if you have a culture that likes to invent, that is customer obsessed and is long-term orientated.”

Jassy said this focus on costs is what will make it very difficult for existing IT vendors to reinvent themselves into price-competitive cloud service providers and take AWS head-on.

“If you have a mindset, like we do, of being a high-volume, low-margin provider, you just think about everything differently,” he said. “You think about your prices, your cost models, your priorities differently. We have that DNA and operating skills.

“Whether it's having multiple providers capable of doing the work, making sure you’re getting increasing cost benefits with scale, or attempting to be more streamlined for your suppliers – there are many things in our supply chain we spend a lot of time on, because they ultimately provide value for customers via lower costs.

“One of the reasons you saw the old guard push the private cloud so hard over the past few years is that this model is very disruptive to any 60-80 percent gross margin business," said Jassy.

“But as customers have voted with their workloads, now all the technology companies are trying to build a platform like AWS has. What will be interesting to see is how many of them are good at it, or comfortable with operating on that model.

“You don’t flick a switch overnight and become great at high-volume, low-margin businesses," he added.