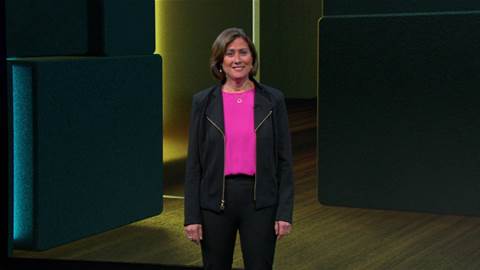 As such, partners should expect to see continued investment from the tech giant in the ways partners interact with customers, each other and Microsoft itself, executives said.

Microsoft touted some of those recent investments and gave some insight into what to expect in the future during the company’s “State of the Partner Ecosystem” online event Wednesday. Through Microsoft’s Cloud Solution Provider (CSP) program, “play a huge role in providing their services to customers,” said Gavriella Schuster, corporate vice president for Microsoft’s One Commercial Partner organization, during the event.

What follows are four things to know about Microsoft’s cloud partner growth.

Microsoft channel executives said that partners should look forward to simpler ways to reach customers through improvements in commercial marketplaces like AppSource and Azure Marketplace. Partners should expect to see targeted marketing investments for small and midsize business customers, not to mention investment in the Partner Center portal used to manage referrals, incentives, payments and other operations related to their business with Microsoft.

“We’re thinking 10 to 20 years ahead,” Schuster (pictured) said. The executives touted multiple data points that might entice partners while the company itself experiences financial growth, with US$16.7 billion in commercial cloud revenue for the quarter ended Dec. 31, a 34 percent increase year over year. Partners should expect continued growth around software and services related to Microsoft solutions, said Nick Parker, Microsoft’s corporate vice president of global partner solutions, on Wednesday. According to figures from research firm IDC that were cited by Parker, partners will generate US$1.2 trillion in revenue in 2024 related to creation, sales and delivery of Microsoft technology. That’s more than 20 percent higher than the US$984 billion generated by Microsoft partners in 2020. Microsoft’s Cloud Solution Provider (CSP) program serves partners that offer value-added cloud services around Microsoft platforms such as Office 365 and Azure. On Wednesday, Microsoft executives disclosed that the CSP program has grown to include 90,000 partners. That’s double the number from the last time Microsoft reported the figure--when the company cited the CSP program as having 45,000 partners in 2018. Meanwhile, average revenue per CSP partner has been growing by more than 40 percent on an annual basis, Microsoft recently disclosed to CRN, while more than 13,000 partners earned a Microsoft Gold competency in 2020. Cloud-based products such as the Teams collaboration app have been helping to drive the rapid growth for CSP partners, Microsoft has said.

As Teams usage exploded during 2020, solution providers were “central” to the growth and to finding multiple routes to drive major revenue from Teams, Schuster told CRN previously.

Grow your software revenue by selling these 5 affordable, essential tools for the modern workplace
By Wade Tyler Millward
Feb 12 2021
2:40PM