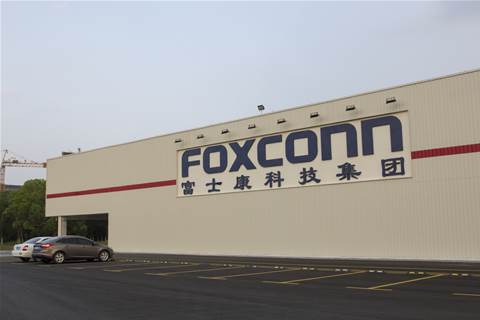 Taiwan-based Foxconn, the world’s largest supplier of electronics and a major manufacturer for Apple iPhones, said Wednesday that it could resume some production at its Shenzhen, China campuses after spiking COVID-19 cases forced a shutdown.

In a statement to CRN US, a company spokesperson said Foxconn had begun applying a “closed-loop” management process that allows work for employees who are housed on-site: “In applying this closed-loop management process within the Shenzhen campus and in implementing the required health measures for the employees who live on campus some operations have been able to restart.”

Foxconn is a major supplier to Apple, Samsung, Google, and Amazon. It was forced to shut two Shenzhen factories after 60 new infections were reported Sunday. It is unclear how much of the workforce can return to work.

Even with Foxconn resuming some production, the supply chain will likely suffer a substantial hit. Taiwan’s biggest printed circuit board maker, Unimicron, which supplies Apple, Intel, and Nvidia, said its subsidiary in Shenzhen would stop production this week as well. Production facilities in China’s most populous city, Shanghai faced shutdowns as well.

Foxconn will “continue to work closely with the relevant authorities in monitoring these operations very closely.” The company had originally said the affected factories would be closed until March 20. It’s unclear if that is the date affected workers not living on campus can return. CRN reached out to Foxconn for further comment.

“We place the health and safety of our employees as our highest priority and will continue to work closely with local government and public health authorities,” the Foxconn spokesperson said.

According to news service Nikkei Asia, all businesses providing non-essential services were ordered to shut down and more than 17 million people will be tested for the virus.

China has some of the world’s strictest measures against COVID-19 spread. Months-long lockdowns early in the pandemic spurred a supply chain crisis that is still hampering industries around the world, especially affecting the semiconductor industry. Santa Clara, Calif.-based Intel has announced plans to begin manufacturing chips in North America and Europe, but that massive effort is still years away from easing the shortage.

Grow your software revenue by selling these 5 affordable, essential tools for the modern workplace
By Shane Snider
Mar 17 2022
9:57AM