Foxconn to bid up to $36 billion for Toshiba's chip business: report 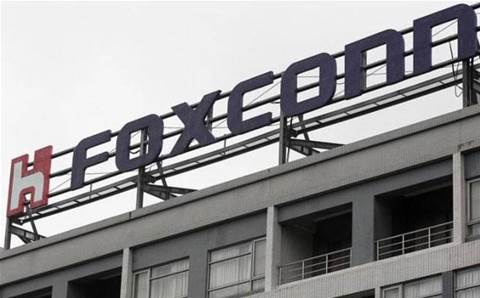 Taiwan's Foxconn has indicated that it may pay as much as 3 trillion yen (A$36 billion) for Toshiba chip business, Bloomberg reported on Monday, citing people familiar with the matter.

South Korea's SK Hynix Inc and chipmaker Broadcom Ltd have submitted preliminary bids for the business, valued at 2 trillion yen (A$24 billion) or more, according to the report.

Toshiba, the second-biggest NAND chip producer after South Korea's Samsung Electronics, is considering selling the majority - or all - of its marquee flash-memory chip business, as it seeks to make up for a US$6.3 billion writedown from its US nuclear unit Westinghouse.

Toshiba and Japanese government officials are planning to look for offers led by Japanese buyers, though no bids have emerged yet, the report said.

Foxconn, which is the world's largest contract electronics maker, Toshiba, SK Hynix and Broadcom were not immediately available for comment.