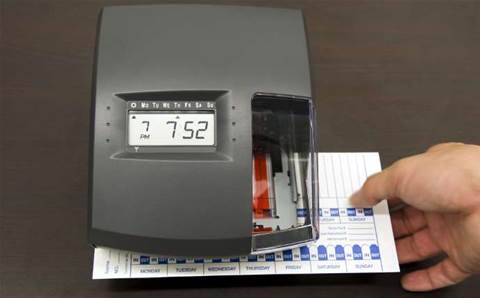 Foxconn, which assembles most of Apple's latest iPhones, will cut working hours over the week-long Lunar New Year holiday, a person familiar with the matter said, in a rare move that analysts interpreted as a sign of softening demand.

Reports of slowing shipments and mounting inventories of the iPhone 6S and 6S Plus, as well as tepid forecasts from suppliers, have pushed Apple investors into unfamiliar territory after years of booming sales and surging shares.

Earlier on Wednesday US time, Japanese daily Nikkei, citing parts suppliers, said output of the models would be cut by about 30 percent in January-March so dealers could unload stock. Apple shares lost 2.5 percent, and those of suppliers similarly fell.

"Chinese New Year is a big holiday and there is usually overtime for workers. But this year, Foxconn will have a normal break," the person said, referring to the Lunar New Year which falls on 8 February.

Taiwan-based Foxconn, formally known as Hon Hai Precision Industry Co Ltd, assembles the latest iPhones at factories in China where it employs hundreds of thousands of people, and offers incentives such as triple overtime pay over China's biggest holiday.

Foxconn said in a statement that it was "in the midst of planning operational schedules for the Lunar New Year holiday", but gave no details. Apple was unavailable to comment.

The person with knowledge of the matter was not authorised to speak with the media so declined to be identified.

The first quarter is usually a quieter time for suppliers and the most obvious period to cut production, adjusting for extra supply brought on for the holiday season at the end of the calendar year.

But suppliers pointed to Foxconn's unusual Lunar New Year and slower sales as evidence of a gloomy outlook, as well as 82 million yuan ($17.8 million) in subsidies that the government of Zhengzhou, Henan province, awarded Foxconn companies this week.

Foxconn confirmed the incentives to "recognise companies that provide stable employment in the province", but said they related to the large workforce it maintained there in 2014.

"We were already conservative about the first quarter," said analyst Kylie Huang at Daiwa-Cathay Capital Markets in Taipei, in response to Foxconn's Lunar New Year plans. "It's not just iPhone slowdown, but all of the Chinese economy."

China is a key growth market for Apple and the world's biggest smartphone market.

Shares of Apple suppliers fell on Wednesday US time, with Foxconn closing down 0.1 percent after trading during the day at lows not seen in over four months.

Next: Bracing for a cut