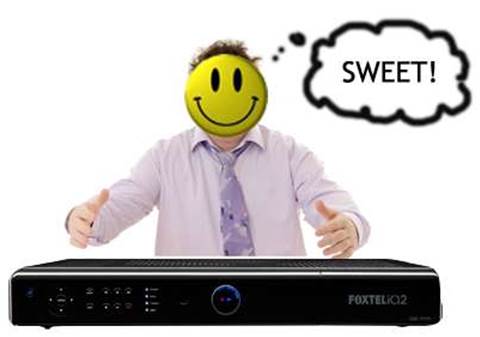 Have the sporting couch potatoes of Australia finally made their voices heard? On Monday night, an army of square-eyed Foxtel IQ owners demonstrated the value of their unique sporting addiction, when they reported a cricket error by the umpire to Foxtel headquarters.

In what may be a first of its kind for an international sporting event, TV viewers were able to use their home digital recorders to get square with the TV big boys. The IQ's memory buffer allowed viewers to pause live TV, so they could get a better look at the cricket action.

According to a FoxSports report, the event involved a catch to a Simon Katich smash, a ruling that the English commentators failed to address on air as a no-ball (foul) - which the IQ viewers clearly saw it as. It didn't take long for Foxtel headquarters to be barraged with emails from cluey IQ subscribers, keen to have the commentators see it their way.

Shortly after, Foxtel management made the call to Lords, showing the commentators the collective power of Australian consumer PVRs in action.

Unfortunately, the 'IQ event' had little effect on the game, since the umpire was not in possession of an IQ remote at the time of the event.

See the original cricket replay for yourself below: