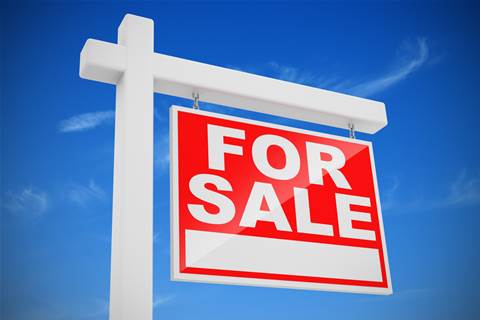 The sale process is expected to launch later in June, and Francisco Partners and Elliott Management are being assisted by investment bank Morgan Stanley, which is providing financial advice on the sale process, according to PE Hub. SonicWall and Francisco Partners declined to comment, while neither Elliott Management nor Morgan Stanley immediately responded to CRN requests for comment.

SonicWall brings in nearly US$400 million of revenue each year and generated approximately US$125 million in earnings before interest, taxation, depreciation and amortization (EBITDA), PE Hub reported. The company is growing is 10 percent annually, sources told PE Hub.

SonicWall could be valued at more than US$2.5 billion based on an analysis of other quality cybersecurity vendors, which are typically trading at at least 20 times their EBITDA, according to PE Hub. The company could appeal to private equity firms that have shown an active interest in cybersecurity such as Thoma Bravo, Vista Equity, Advent International and TPG Capital, PE Hub reported.

Francisco Partners and Elliott Management purchased Dell’s software assets—which included SonicWall as well as IT administration and security company Quest Software—in November 2016 for more than US$2 billion, according to Reuters. Former Silent Circle President and CEO Bill Conner was named CEO of SonicWall at the close of the acquisition, replacing Curtis Hutcheson, who now leads threat detection firm Infocyte.

While SonicWall has shied away from acquisitions under Francisco Partners and Elliott Management’s ownership, the company has made organic investments, unveiling SD-Branch capabilities in June 2020 that deliver single-pane-of-glass management and simplify the needs associated with distributed locations, campuses and branch offices.

Then in November 2020, SonicWall debuted Cloud Edge Secure Access to allow customers to control and protect network access to managed and unmanaged devices based on identity, location and device parameters. Under Francisco Partners and Elliott Management’s stewardship, SonicWall has evolved beyond firewalls to deliver security for the endpoint, email and cloud, as well as access controls and advanced threat protection.

However, SonicWall has also found itself in the crosshairs of hackers this year, with highly sophisticated threat actors attacking the company’s internal systems by exploiting a critical zero-day flaw in the company’s secure remote access products. And three zero-day vulnerabilities in SonicWall’s email security product were exploited in the wild to infiltrate customers and access their files and emails.

SonicWall works with more than 21,000 channel partners globally, and in recent years has been very focused on expanding its offerings for MSSPs. The company updated its MSSP program last year to deliver prioritized technical support and provide monthly and annual pricing options rather than forcing MSSPs to commit to an annual license from the get-go.

Francisco Partners owns or has invested in several other cybersecurity vendors, including BeyondTrust, iboss, One Identity and WatchGuard. The private equity firm in January purchased Forcepoint from Raytheon for US$1.1 billion, and subsequently reduced the platform security vendor’s head count by 9 percent, cutting roughly two-thirds of the company’s North American channel staff, CRN reported in March.

Elliott Management, meanwhile, took a stake late last year in application services vendor F5 Networks after speaking to the company’s management about ways to boost F5’s lagging stock. Elliott Management has also in recent years taken an ownership position in AT&T and Oracle, championed a full spin-out of VMware from Dell, and was heavily involved in restructuring Citrix Systems in the mid-2010s.

Grabbing the hybrid cloud opportunity with Lenovo and Azure Services
By Michael Novinson
Jun 4 2021
6:40AM