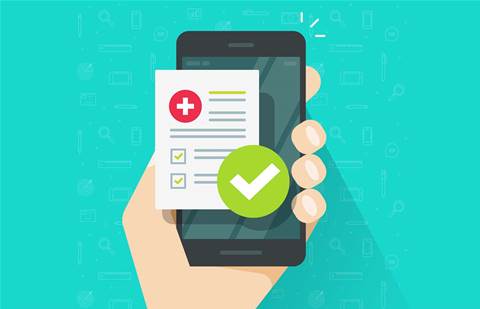 IT solutions specialist Fred IT has revealed its involvement in the national rollout of digital prescriptions, with the Northern Territory dispensing its first electronic prescription early this month.

The IT provider, which specialises in pharmacy services, announced Australia’s first digital prescription being dispensed in Victoria in May, occurring between Anglesea Medical and Anglesea Pharmacy.

It used a “token” model, whereby a doctor sends the prescription and a token to the patient by SMS or email. The patient then presents the code to their chosen pharmacy for dispensing.

This week, Fred IT announced that the provision of the first e-prescription in the Northern Territory completed a network that provides access to digital prescriptions in every state and territory in Australia.

“Given the remote locations of many patients, prescribers, pharmacies and communities throughout the Northern Territory, the Agency believes that electronic prescriptions will bring significant benefits to many people,” Lee said.

“With the final jurisdiction now live, we are pleased to see that electronic prescriptions are now being utilised in every state and territory across Australia. Congratulations to everyone involved in this important initiative.”

Digital prescriptions represent a significant step in the ongoing digital transformation of the health industry, and arrived at a key time. With Victorians facing isolation requirements due to COVID-19, pharmacies have been able to provide patients more options when fulfilling prescriptions.

“This is a significant leap forward for healthcare in Australia,” he said. “The achievement of national electronic prescriptions is vital to modern healthcare delivery based on flexibility for patients and state-of-the-art systems for healthcare professionals.

“Behind the scenes, this has occurred as a result of enormous industry collaboration across the states and territories. I am extremely proud of the leadership role that Fred and eRx Script Exchange have taken in making this happen, and of the terrific efforts of GPs, pharmacies, and medical and pharmacy software vendors working together to make this available across Australia.”

With a national network for token-based eprescriptions now in place across the country, Fred IT will continue to work on another project it has in the pipeline, the Active Script List.

According to Fred IT, the Active Script List and token model will operate in parallel to provide patients with flexibility in how they access their medications digitally. The service is designed to make it easier for patients to manage and share scripts with doctors from one location.

Mitigate tech risk in your business
By Michael Jenkin
Sep 4 2020
6:18AM