Free Windows 10 offered to over a million users 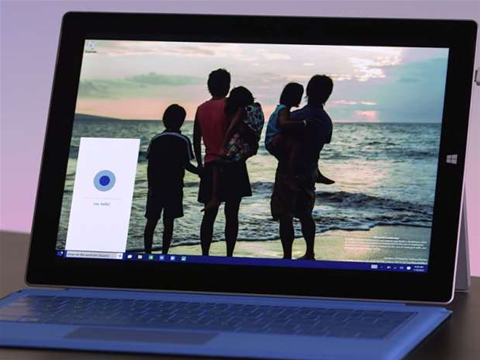 Microsoft will hand out free copies of the new Windows 10 operating system to over a million participants in its early testing program, the company said over the weekend.

Gabe Aul, Microsoft's general manager of the operating systems group, said Windows Insiders running the preview of Windows 10 will receive the final release as another "flight" or automatic upgrade.

The Windows Insider scheme is free to join for individuals, and Microsoft claimed it has over a million participants in the program.

To get the final release, preview testers must have their Microsoft accounts connected to their computers, and Aul said Microsoft has started sending out notifications to users.

It is not necessary to connect a Microsoft account to PCs running Windows 7 or 8.1, if they're not part of the Windows Insider program. Microsoft has already said Windows 10 will be a free upgrade for Windows 7 and Windows 8.1, to be rolled out 29 July US time.

The offer applies to the Home and Pro editions only. Windows Insider users running the Enterprise edition are not eligible for free upgrades and must have an active software assurance agreement to get the final release of Windows 10.

Aul also said the Windows 10 insider program will continue to run after the final release of the operating system has been shipped, rather than close down like earlier Microsoft preview schemes.

New Windows 10 builds, features and fixes will be deployed through the Windows Insider program, and Aul encouraged existing participants in the program to remain in it.