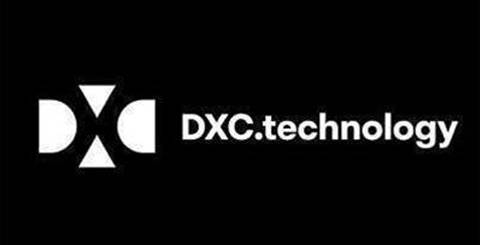 French solutions provider Atos confirmed it’s made an offer to buy DXC Technology for a reported US$10 billion as part of an acquisition spree that’s included 12 companies in the last year.

“Following recent market rumors about a potential transaction involving Atos, the company confirms that it has approached DXC Technology concerning a potential friendly transaction between the two groups in order to create a digital services leader benefiting from global scale, talent and innovation,” France-based Atos said in a statement. “In assessing this opportunity, Atos will apply the financial discipline which it has always followed in its acquisition strategy.”

Atos would not confirm its offer was valued at US$10 billion, as first reported by Reuters.

The DXC acquisition would increase Atos’ presence in the United States, where it generated close to 30 percent of its 11.59 billion euros in revenue in fiscal year 2019.

Atos cautioned there is no certainty that its offer will result in an agreement or transaction and that a further announcement will be made “when appropriate.”

DXC confirmed that it received an “unsolicited, preliminary and non-binding proposal from Atos SE Wednesday night to acquire all DXC Technology shares.”

“The DXC Technology board of directors, consistent with its fiduciary responsibilities, will be evaluating the proposal,” DXC said in a statement. “Prior to receiving this proposal Wednesday night, DXC Technology had no knowledge of any such interest from Atos. We remain focused on delivering for our customers, people and shareholders as we execute our transformation journey.”

The IT services company, which focuses on IT modernisation including on-premises and cloud, data-driven operations and workplace modernization, offered no further comment.

Atos has been on an acquisition spree, acquiring or entering into negotiations to buy 12 companies in the last year, the latest being Motiv ICT Security, a cybersecurity company based in the Netherlands. Atos last month said it had reached an agreement to buy Motiv, which specialises in managed security services and security operation centre services, for undisclosed terms in a deal expected to close in the first quarter.

Reuters said a DXC acquisition would be Atos’ largest ever. Atos declined comment beyond its statement.

In November, Atos announced it was committing US$2.4 billion over five years to a new Atos OneCloud initiative aimed at proactively accelerating its customers’ migrations to the cloud through a one-stop shop incorporating 10 key Atos capabilities and personalised plans charting customers’ journeys. In an interview with CRN USA at the time, Atos CEO Elie Girard said the company would invest in increased cloud technical certification for its employees, research and development, hybrid cloud investments and acquisitions.

DXC got its start in 2017 with the merger of CSC and the enterprise services business of Hewlett Packard Enterprise. It’s been struggling under a debt that was at US$9.7 billion, including capitalized leases, at the end of the fiscal 2021 second quarter that ended on 30 September 2020. It reported US$4.55 billion in revenue for that quarter and a US$246 million net loss that included pre-tax special items of US$265 million in restructuring costs.

“We are making good progress on the three key areas of our transformation journey, which are: focus on customers, optimize costs and seize the market,” Mike Salvino, who became DXC’s CEO In September of 2019, said at the time. “We recently closed the sale of our US state and local health and human services business for US$5 billion and paid down US$3.5 billion of debt, strengthening our balance sheet. We are also on track to close the sale of our healthcare provider software business to Dedalus by the end of this fiscal year.”

DXC is selling its healthcare provider business to Italy’s Dedalus for US$525 million in a sale expected to close 31 March.

Mitigate tech risk in your business
By Donna Goodison
Jan 8 2021
9:59AM