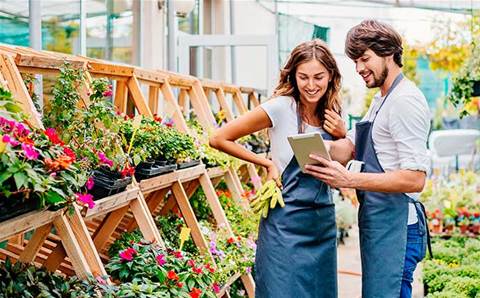 One of Australia's leading flower wholesalers has turned to Sydney-based SMB Consultants to shift its point-of-sale, accounting and payroll to the cloud.

Fresh Flowers Group had been using a manual, paper-based invoicing process, which brought typical concerns such as administrative costs and double handling of data. Employee rosters were managed on Microsoft Excel.

The company, which is part of Lynch Group Holdings and has sister companies in Australia Wide Flowers and Auntie Poppies, took the plunge to shift off a legacy POS, legacy accounting software and manual processes and marry technology from Xero, Deputy and Vend.

The first foray was a pilot project with Vend, a cloud-based retail management system in use by more than 18,000 stores across 140 countries. It's a local success story, having been founded in Auckland, New Zealand in 2010.

With Vend already in place, the client tapped SMB Consultants. The integrator was tasked with rolling out the point-of-sale technology across a larger section of the company’s operation, then integrate it with accounting software for Xero, another Kiwi-born business.

The third piece of the puzzle was Deputy, which underpinned Fresh Flowers' division-wide staff rostering system. Online HR and employee management provider Deputy was founded in 2008 and has its head office in Surry Hills, Sydney.

The three-month project, which took place at the tail end of 2016, also included training, including getting operational, financial and general staff up to speed on the Deputy system as well as "extensive training" across Xero and its integration with Deputy and Vend.

Staff management has seen a significant improvement after being centralised in the cloud. Employees can use mobile devices for roster information and control, and to request leave. Payroll accuracy has increased significantly.

These efficiency gains have allowed management to focus on other areas of the business to ensure continued growth, according to SMB Consultants.

"With the new software systems in place, this has allowed for greater productivity, efficient reporting and assistance in our customer service satisfaction. We have no hesitation in referring SMB Consultants to similar, like-minded businesses," Felice said.

SMB Consultants is a finalist in the Workforce Empowerment category at the 2017 CRN Impact Awards. Follow this link for the full list of finalists. The winners will be announced at the Impact Awards dinner during the CRN Pipeline conference in Sydney on 6-7 April.