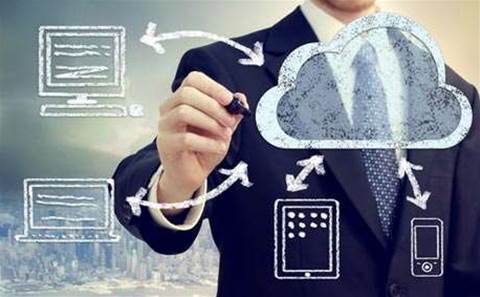 ASX-listed Motopia is hoping to win over the Aussie channel with a cloud service that could help thousands of customers convert ageing Microsoft Access database files.

The company, at one point involved in AFL apps and a Splendour in the Grass music festival app, is opening up a cloud-based Microsoft Access conversion service to the Australian channel.

This week Motopia announced plans to launch a partner program for data migrators and system integrators, after acquiring the company behind the technology this month.

The ConvertU2 Cloud service is born from an on-premises conversion tool called 2SQL, described as a “silver bullet” for migrating Microsoft Access to SQL Server by the company.

While the product has until recently been offered for on-premises migrations, it is now being opened up to the wider channel community.

The sales pitch is that Access can result in silos of hidden data within companies, and has limitations when it comes to taking advantage of business intelligence tools.

Motopia’s online conversion tool promises to move data to Microsoft SQL Server, where integrators can then take advantage of the other database tools they have at their disposal.

“There are a few tools around, but the measure of how good they are is how much they can convert automatically,” said Motopia chairman Marcus L’Estrange.

The move into the IT channel is all the more interesting given Motopia’s history under several previous company names in everything from medical technology to mobile apps.

At the time Motopia announced that Pro Fantasy Sports had a mobile rights agreement with several AFL players to be involved in the development of an AFL app.

Motopia also previously announced that its Lemon and Lime event platform was used for a free app for the Splendour in the Grass music festival.

The company has changed its name several times. Until late 2010 it was called Medic Vision Limited and sold medical simulators, and it has also been previously known as Premier Bionics Limited. At one point the company indicated interest in the resources sector.

According to Motopia’s half year report for the period ending 31 December 2014, it had zero revenue while making a net loss of approximately $1.3 million.

Its current push into data migration has seen Motopia buy the company behind the 2SQL tool, named ConvertU2 Technologies. In May last year Motopia bought a significant stake in the firm, as well as its marketing arm CU2 Global which has the rights to distribute 2SQL.

This month Motopia announced it had bought the remaining stake in ConvertU2 Technologies for $75,000, plus a further $175,000 depending on performance, as well as Motopia shares to the value of approximately $890,000.

Also brought into the fold was West Australian integrator Cirralto to develop and manage the cloud-based platform, which L’Estrange said has been in beta testing.

“We are targeting channel partners and resellers,” he said. “It will form another tool in their arsenal. When they do much larger jobs, often there’s a database conversion aspect.”

Updated 18 May to make it clear that CU2 Global continues to hold the rights to distribute 2SQL
Got a news tip for our journalists? Share it with us anonymously here.

Cloud application revenue made easy
By William Maher
May 13 2015
7:16PM