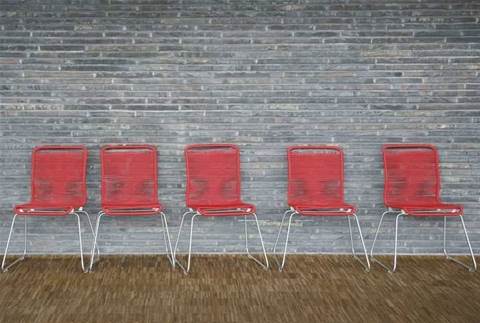 Avaya's five distributors have begun a secret evaluation process to work out which will win the rights for the Australian market.

Avaya, which denied the process was underway, has said it would retain all five distributors.

Nortel's former distributors, Westcon, Ingram Micro and VExpress, and Avaya's distributors, Avnet and Distribution Central, were in the running for the combined business of the Nortel and Avaya channel.

"I think whoever does get a guernsey, there's plenty of opportunity," said Steve Jones, national sales manager for Distribution Central's Unity Systems division. "That's why Wendy [O'Keeffe] is here, and Scott [Frew] and Nick [Verykios] - it's rare for them both to come. If Avaya execute and deliver what they've said in the last 24 hours, it's a very exciting time."

Senior executives from Distribution Central, Westcon, VExpress and Avnet flew to Beijing to attend the vendor's Asia Pacific partner conference. Ingram Micro was the only distributor not to attend, according to Australian delegates.

Avaya, which insisted at its partner conference that there would be no changes to supply chains or other disruptions to business for Nortel resellers, refused to talk about the evaluation process.

"I think it is early days to know whether we are under or over-distributed," said Heng Loon Chee, managing director of channels and alliances for Avaya Asia Pacific.

He denied that there was a process underway to decide which distributors would emerge and when asked whether Avaya planned to keep all five he replied, "Absolutely yes".

"One of the reasons we acquired Nortel was because it had a very rich and mature partner ecosystem," said Heng, and the vendor wouldn't do anything to jeopardise its purchase. He also said that the vendor intended to double revenue in the Asia Pacific in two years and needed a large channel to do that.

However, top executives from Distribution Central and Westcon confirmed to Australia that the evaluation process had begun with the goal of choosing two or three distributors.

The evaluation process would be completed in 30 days and then distributors would be able to make presentations to the vendor, said Wendy O'Keeffe, executive vice president, Asia Pacific, of Westcon Group.

"I think that's a fair way to do it," said O'Keeffe. She said Westcon had enjoyed majority market share in Nortel products since 2001.

Heng rejected the suggestion that a process would be finished within the month. "It is definitely not the time for us to arrive at a reasonable business decision - 30 days is pushing it. We are yet to have those business discussions with our distributors," he said.

Nick Verykios, sales and marketing director at Distribution Central, said Avaya should be looking for the ability to execute. "Distributors can tell a good story but what has their track record been in doing it with other vendors?

"It would be an intelligent decision to go with us. We have brought many vendors from a direct to an indirect model," he said, citing two partners, F5 and NetApp.

"None of our compettitors have that experience. They wait [for the vendor to establish an indirect channel], and then they come in."

Verykios said the biggest advantage for Distribution Central was that it didn't distribute Cisco.

"How do you go to an Avaya reseller and stay stop selling what you're selling now and sell [Avaya's data product] instead? Which Cisco distributor is going to say that to you?"

Verykios said Distribution Central could offer competitive bundles of data and unified communications products under the Avaya brand while other distributors would be constrained by their relationship with Cisco.

"I was Cisco's bitch for five years [at Westcon]. I think we've backed the right horse."