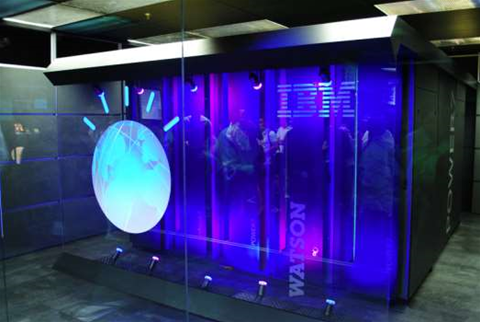 The company is looking for partners in the local market to push adoption but if you don’t have the skills, this is not the channel program for you.

The technology originated with IBM’s efforts to tackle the US game show Jeopardy!

Following the initial PR boost from Watson’s performance, the research division within IBM began to look at ways to commercialise the technology.

Researchers looked first to do this through the use of APIs. They looked at developing applications which could review customer feedback and provide analysys faster than a traditional human-centric approach.

However IBM Australia cognitive computing and analytics partner Jason Leonard told CRN the vendor has ambitions for its tech which go beyond the level of digital personal assistants such as Apple’s SIRI and Amazon’s Alexa.

“In other parts of the world which have larger manufacturing industries, we have seen good adoption.”

Areas IBM sees as potential growth areas include marketing, human resources, insurance and occupational health and safety. Organisations looking to develop enhanced capabilities in these areas are the sort of customers IBM is encouraging its partners to go after.

As an example, Leonard said that at the moment, surveys which organisations are deploying to gain insight are being eyeballed by someone in the organisation and the data is not being harnessed as well as it could by using AI.

“It is more difficult, and time consuming, for an individual to look through such data sets and pull out themes,” he explained.

IBM ANZ director of global business partners Alison Freeman said many of its partners were already well advanced in their Watson based offerings and that this would augment their current offerings.

“This is enhancing what a number of our partners are already taking to market today so so you have partners such as OutThought (SA-based AI-developer specialising in natural language processing), which currently has a product called Mel which is the first digital building concierge," Freeman said.

OutThought is also looking at this for work they are doing around child protection, according to Freeman.

“Other partners we work with include ISVs such as Pronto Software, who also see this as enhancing what they take to market,” said Freeman.

Freeman went on to say the vendor also had other partners like Brisbane-based Computer Merchants who were developing solutions around buyer sentiment.

“Internally the company uses Watson for customer feedback,” she said.

“Rather than relying on surveys, they look at client sentiment using AI. This data comes from conversations the company has over the phone or correspondence via email.”

Freeman said IBM has made all its internal training resources for watson available to partners. However, she said that thus far only partners with existing Watson competencies were currently working with the vendor.

“I can't think of any current partners that don’t have the technical capability [to deploy the technology]. There are some partners taking Watson in different forms to market,” she said.

“Distributors help us from an enablement point of view, getting us in front of those partners, making sure they are clear on where to find that enablement, ensuring that where we require certifications, they are driving that,” she said.

Freeman explained that the majority of partners already posses a high level of technical competence and for them, the new offering would serve primarily as an adjunct to current products.

“They will see this announcement, look at their solution and ask how they can use the new technology to advance their offering.”