From MSP to ISV: creating a new market 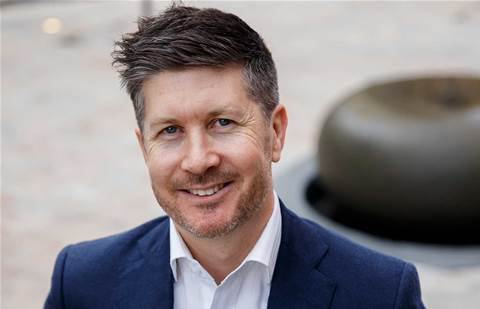 Back in 2010, eNerds co-founder and chief executive Jamie Warner was in the boardroom with his colleagues, getting ready to order yet another thousand mousepads printed with the company’s support email and phone details.

11 years later, it’s 2021 and Warner has been all over the world selling an in-house developed product that brings modern customer experience to MSPs and their clients.

Invarosoft is a personalisable IT services management platform for MSPs and IT teams. It is a dedicated application in which end users can connect directly with a support provider via a chat interface, and the provider can troubleshoot and run up tickets, all in the same space.

Launched in 2017, Warner said he realised that it would need to become even more if it was to truly provide value, and become an early-market player in an entirely new space.

The current iteration of the solution aims to be a one-stop-portal for everything that sits between professional services automation (PSA) solutions and the client.

The solution today has become a PSA portal and an identity access management solution, it replaces online forms and will soon have capabilities for customer satisfaction and vCIO to provide recommendations and pricing options directly to the client based on audit results.

The entire thing can also be wrapped in an MSPs branding and offers customised menu options.

Warner and his team have spent the last three years launching the business as its own ISV and has found success at home as well as in New Zealand, the USA, South America, the UK and Europe.

Warner explained that to get to this point of success as an ISV, it has taken a huge amount of work particularly because they were treading new ground.

“We actually coined this customer experience category. If you were a vendor trying to sell on a marketplace, there was no category for this type of software,” Warner said.

“We've probably had a tougher time than most because it’s not only selling something but educating and selling at the same time. If we didn't have to do the education piece, life would be a lot easier, but with new categories comes spoils; you get the first-mover advantage and get some scale where others wouldn't because they’re competing against incumbent products.”

The company is taking a direct to business, ‘sell-to’ not ‘sell-through’ approach and Warner said that this meant a lot of groundwork, getting out alongside vendors at events and showing MSPs what can be done.

He found that IT services community organisations like ASCII in the US, the Network Group in the UK were invaluable in helping get the word out to prospective customers because, although the Aussie market is great, Warner said it was vital to “go global from day one.”

That is his first big piece of advice for anyone looking to bring new software to market today.

“This is a global market and the Australian market is quite small. The US is the biggest market followed by the UK and Europe and so any sort of marketing and promotion you do, you have to factor in getting over to the US. That can cost a wee bit so set that budget aside and be willing and able to talk and promote.”

The second “gold nugget” (as he called them) that Warner has mined through his experience is that your first iteration should be your worst iteration.

“Once your product is in the market, you have to shut up and listen and iterate quickly.”

And not just to the customers and the market, but it’s vital to be aware of what the competition is doing as well. For Invarosoft, the big competition at the moment is Cloud Radial out of the US and between the two, the market is developing as they innovate.

Warner’s final word of advice is that anyone MSP leader who wants to fire up a new ISV portion needs to know that it is not a part-time job.

“I'd sort of hired myself out of a job already, for the most part, so I had the full-time capacity to execute. That cannot be underestimated. If you’re the CEO of an MSP trying to commercialise a product, and you're doing it yourself, and you don't have someone to lead the MSP business, then you are resigning that commercialisation to a part-time thing.

“The last gold nugget is around time – when I started this, I knew I was dedicating the better part of a decade to make it work. You need time to make a success of it, and your own time, week by week to actually execute it.”