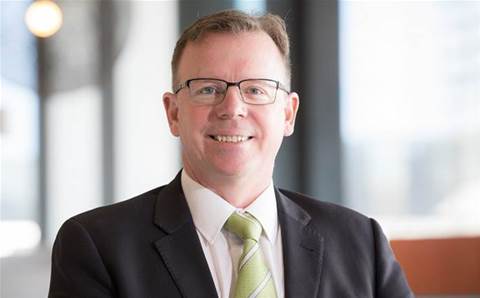 Delamore's appointment ends a four-month search for a new chief executive following the departure of Ant Belsham in September last year. He will commence in the new role on 29 April.

“After an extensive recruitment process across New Zealand and Australia, we are delighted that Jason has decided to join Fronde," chairman David Bartlett said.

"His proven leadership across a range of industry sectors, including technology, energy, infrastructure, tourism and retail are all extremely relevant to grow our business in both the public and private sectors across New Zealand and Australia."

Delamore was previously Auckland International Airport's general manager of marketing and technology, responsible for creating new digital platforms and transforming the organisation's technology operations, as well as being involved in customer experience initiatives.

Throughout his career, Delamore has held a number of tech roles with companies like Landis + Gyr, Contact Energy, Vector, CSG, Lucent Technology and IBM.

“I’m enormously excited to be a part of the opportunity to further grow and leverage the IP that Fronde has spent the last three years developing," Delamore said. "I look forward to executing on the company’s strategy and leading the business through its next phase of growth.”

Fronde was a finalist in the 2018 CRN Impact Awards in the 'Digital Transformation' category for its project to implement both Salesforce and NetSuite simultaneously for Carsales.