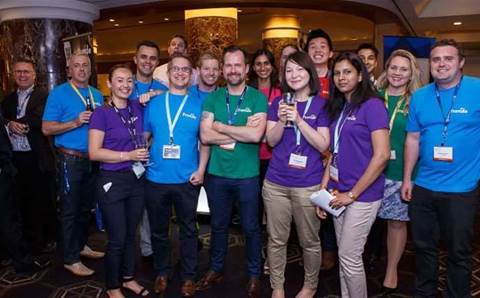 Trans-Tasman cloud integrator Fronde has been named NetSuite's 2016 solution provider partner of the year for Asia Pacific and Japan.

The award was announced during the SuiteWorld 2016 conference in San Jose, California, which was held on 24-27 April.

Fronde chief executive Ant Belsham said: "Fronde is delighted to be named as NetSuite's APAC solution provider partner of the year for the second year in a row. This adds to our Google Apps APAC partner of the year award received earlier this year and is testament to the quality of our fantastic people, partners, and customers."

Fronde is a member of the NetSuite solution provider partner program and has a five-star status, the highest level awarded by NetSuite, according to the company. Fronde also partners closely with Google, Salesforce and AWS.

Grow your software revenue by selling these 5 affordable, essential tools for the modern workplace
By Samira Sarraf
May 20 2016
12:06PM