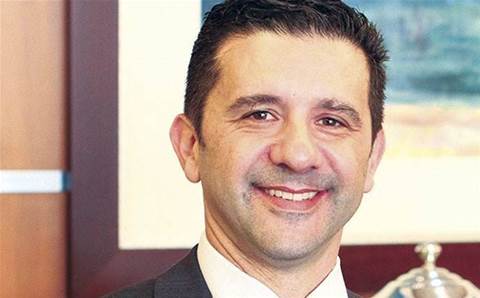 David Borg has announced that he will be stepping down from his role with Fuji Xerox Printers to join a new venture.

“In his most recent roles he has delivered continued growth for both Fuji Xerox Printers and channel partners.”

Grima added that Borg believes that it was time for him to take on new challenges with the experience and skills he acquired over 24 years at the company.

Borg joined Fuji Xerox Printers upon its inception in 2003, when it was formed as an independent division under Fuji Xerox.

Prior to that, he held various sales roles for Fuji Xerox since 1993, ranging from direct sales, channel management and sales management roles.

“We have a strong channel network and David has contributed to the continued improvement of our channel business year on year,” Grima said.

“I know he feels he is leaving a family behind and we wish David all the best in his next venture.”

In a LinkedIn post, Borg said his decision to stay with Fuji Xerox for the full 24 years “proved to be a very wise decision”, citing opportunities across the business.

“But like everything, there comes a point where it's time to take on new challenges and as such my last day with Fuji Xerox is Thursday 30 November, and I will be sharing my exciting new projects 1 December, 2017,” Borg said.

“A big thank you to the management team that believed in me and invested in me - the skills I have now will enable me to maximise all the opportunities that lay ahead,” he added.

7 steps to MSP success: from pricing to specialisation
By Nico Arboleda
Nov 29 2017
5:32PM