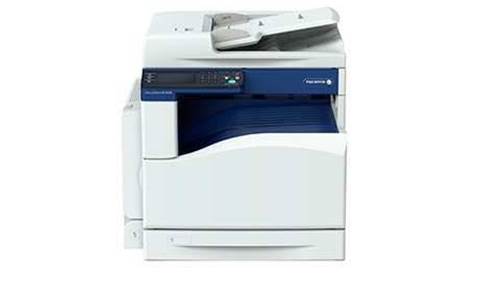 Fuji Xerox Printers gathered Australian resellers yesterday to launch a new A3 multifunction device, announce reforms to the partner program, and take the channel out on a harbour cruise to enjoy the Vivid Festival in Sydney.

David Borg, Fuji Xerox Printers' general manager ANZ, said: "We wanted to make the event memorable for the partners to spend the day with us, and for them to think it was something worthwhile."

"It overcomes all the existing hurdles for small business in terms of price, floor space and accessibility to staff," said Glenn Gibson, business development manager for FXP. "For a company with 20 people, decentralising the colour printer and putting it within 10 steps of staff saves $12,000 per year."

The multifunction printer will be distributed in Australia by Alloys, BMS, Dynamic Supplies, Ingram Micro and Synnex. The new hardware comes after FXP targeted SMBs with a roll-out of a managed service print service to the channel in October.

FXP also announced a "refresh" to its partner program, PremierOne.

"We found from one-on-one meetings with the channel that 50 percent of partners are concerned about a lack of marketing and lead generation, 41 percent said hiring skilled sales staff was an issue, and 35 percent had trouble generating revenue in new areas," said Borg. "We want to target those three concerns with the new PremierOne programme."

"We're 100 percent channel focused and we want to become the channel expert," Borg said. "We're not spending any more marketing on ourselves – all the remaining dollars are to go to the channel."

The event in downtown Sydney attracted scores of partners from around the country, who were entertained by the light performance art group Carnival of the Divine Imagination then escorted onto a boat in the evening to enjoy the Vivid Festival.