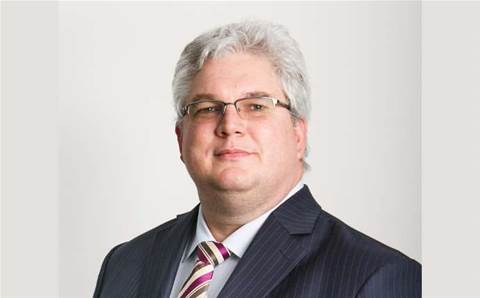 Canberra-based Sliced Tech has been awarded a $5 million IT hosting contract with the Clean Energy Regulator.

CRN understands it is the largest contract signed through the whole-of-government cloud services panel, which was launched by the Federal government in January 2015. The cloud service panel replaced the data centre-as-a-service (DCaaS) multi-use list, which was the way agencies had procured cloud services since 2012.

In late 2015, CER went to market to assess the best value for money to deliver these services, a CER spokesperson told CRN. "The CER determined that its future hosting services could be best met by the provision of cloud services offered by Sliced Tech. CER will transition these services from Fujitsu to Sliced Tech over the next 12-18 months. CER will continue to receive services through the Fujitsu platform hosting agreement until this transition is complete."

The department also has some smaller hosting arrangements for individual applications, "where a single provider supplies application hosting, development support and maintenance services".

Sliced Tech, which provides 24x7 support with an all onshore staff, will also supply IaaS, PaaS and SaaS within the contract leveraging a number of existing partnerships with vendors such as Dell, Fortinet, HPE, Fujitsu, VMware, Microsoft, Redhat, Oracle, Citrix and Splunk.

Sliced Tech chief executive Jason McClure said: "Sliced Tech feels a large part of our value proposition is that we provide the visibility to customers within a managed service, while also retaining the ability for customers to leverage self-service cloud. We do this within a tailored service offering that is aimed at meeting customers' business requirements of IT including operational, technical and compliance."

McClure added that Sliced Tech has a proven record of delivering these services. "Sliced Tech is already providing similar services to a range of large and small organisations (government and commercial); we can say we are doing it here and there – and here are our referees, as opposed to those that say they can do it."

The initial contract is for three years with the option to extend. CER is also able to add or remove services within that period.

According to McClure, the department was looking for mature, enterprise-grade IT services that "leverage the flexibility of cloud without compromising on the quality of the support services to deliver operational and compliance outcomes".

"Sliced Tech feels our approach will be a great enabler for CER’s leadership role within government in seeking to undertake outcomes based sourcing that encompasses the entire IT environment of the organisation. The partnership between Sliced Tech and CER in achieving these outcomes is likely to realise immediate benefits for the organisation in the short term," added McClure.