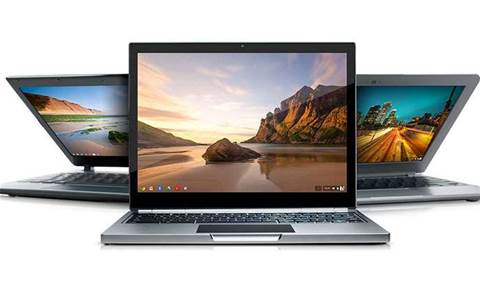 Fujitsu has been appointed the first Australian managed service provider for Chromebooks and could start rattling Microsoft's cage by pushing the lightweight client devices to enterprise customers.

Neal French, the Australian head of devices at Google for Work, first revealed the Fujitsu partnership at the Citrix Mobility Conference in Sydney yesterday, taking pride in winning over a channel that was initially resistant to Google's offerings.

"At first, providers like Fujitsu protested, saying, 'Wait, what about all the services we used to provide?'. Now Fujitsu is providing [Chromebook] managed services using Citrix."

According to Fujitsu Australia, the new Fujitsu Managed Chromebook Service will provide "low-cost Chromebooks" to enterprises with centralised management.

Fujitsu will combine the Chromebook service with Citrix virtual desktop technology to provide an environment to run Windows-only and web-based enterprise software on ChromeOS.

Fujitsu ANZ chief executive Mike Foster said: "We are the first systems integrator to offer managed services to enterprises for Chromebooks as part of our vision of 'workplace anywhere’. We know from our discussions with our customers that there is a growing interest in the Chromebook as an enterprise platform."

As part of the managed service, Fujitsu will "undertake all user management; device configuration and management; provisioning of corporate approved applications from the Google Store; listing of sites that devices and users can access; environment look and feel; controlled OS updates; OS and hardware support; and hard installation".

Google's Neal French said that there are now several partners "taking a chance with Chromebooks", singling out CRN Fast50 company Fronde as another innovator.

"Fronde has put Citrix on AWS and delivered it on Chromebooks. It allows users to do everything that they used to do."

In June last year, CRN reported on the newly announced service from New Zealand-owned Fronde that combined Chromebooks with Citrix and and AWS.

"Organisations will be empowered to manage and monitor thousands of devices remotely from one central location. They can be confident they have complete control over their Chromebooks environment," according to a Fujitsu statement.

"And the platform will deliver an easy to share and consistent user experience from every device. The Google admin console allows over 200 certified policies to be set for devices."

"Retailers can now equip stores with ultra-low cost kiosks and remotely manage hundreds of stores from head office. And financial institutions will be able to provide remote workers anywhere, anytime access to the resources they need."