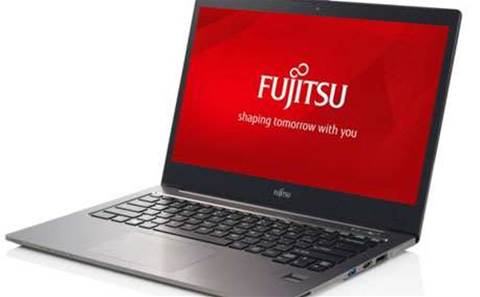 Fujitsu has lifted the lid on a huge range of new devices running Windows 8.1 - including a couple of waterproof hybrids and tablets.

There's a raft of new hybrids, tablets and laptops targeted at consumers and business users. All of Fujitsu's new models will come pre-installed with Windows 8.1 and will arrive in time for Christmas, though Fujitsu hasn’t said when they might be available in Australia or what they might cost.

Fujitsu’s rounded out its Arrows Tab lineup with new tablets and hybrids that can keep working through downpours. On the consumer side, there’s the Arrows Tab QH77/M – a convertible, 12.5in Ultrabook running Intel’s Haswell processor. The hybrid PC can be used in three modes – as a tablet, as a laptop, or as a desktop PC if attached to a separate dock. The PC’s water-resistant when in tablet mode, and the fan keeps working when submerged. Its enterprise equivalent, the Arrows Tab Q704/H, offers added features, such as fingerprint authentication.

There’s also the Arrows Tab QH55/M, a pure-play tablet with a 10in screen at a resolution of 2,560 x 1,600, or 229 PPI. According to Fujitsu, both devices can still function if sprayed with water continuously for three minutes – making it safe against heavy showers – or if you drop it into 1m of water for half an hour. The company hasn’t detailed any other specs, such as storage or processor, but said the tablet can last up to 15.5 hours. Again, there’s an enterprise version for business users, the Arrows Tab Q584/H.

Fujitsu’s also bulked out its range of Lifebook laptops with the 14in U904 Ultrabook and the 13.3in s904, both targeted at businesses.

The 14in model is furnished with Intel Haswell and a 500GB hybrid HDD, plus a 3,200 x 1,800, touchscreen display. At 15.5mm thick, Fujitsu is touting the device as the thinnest laptop available on the market. It comes with up to 8GB of RAM plus either a 500GB HDD with 16GB of solid-state cache, or up to 512GB of SSD storage. It boasts a couple of USB 3 ports, Wi-Fi, Bluetooth and optional 3G or 4G connectivity. It’s also available with Windows 8.1, Windows 8.1 Pro or Windows 7 Pro.

The 13.3in Lifebook offers a 2,560 × 1,440 screen resolution, also runs Intel Haswell and features a second battery slot. Fujitsu claims the device lasts up to 21 hours on a high-capacity battery, or up to 28 hours with the extra power. There’s also a fingerprint sensor.

Again, there are consumer equivalents of both models, though Fujitsu hasn’t gone into further detail on specs.