Future of Next Byte brand in doubt 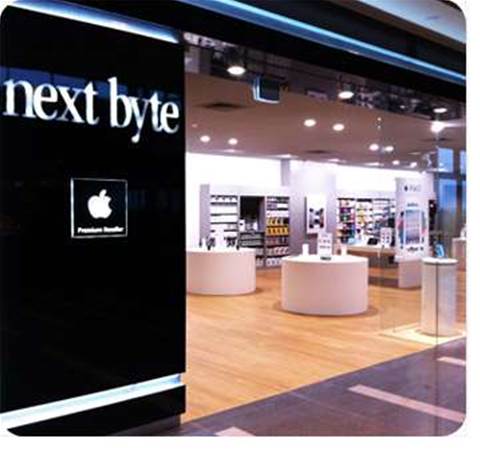 The Next Byte brand will lose its prominence after its parent company Vita Group announced it would refurbish its existing store portfolio.

Established in 1995, Next Byte is Apple’s largest premium reseller in Australia.

The business was acquired by Vita Group five years ago for around $30 million, and has 18 physical locations scattered around Australia.

CEO David McMahon told shareholders the Next Byte business had changed considerably since the 2007 acquisition, and therefore required a new outlook.

Vita Group will rebrand 14 of its existing stores into Apple-branded stores, adding to those already refurbished in Townsville, Mackay, Rockhampton and Cairns.

He said the stores would not lose the Next Byte branding completely, but the outlet's fit out and fixtures would mirror the interior design of an Apple store.

McMahon said a majority of Next Byte stores will relocate to larger premises, meaning additional staff may be hired.

Next Byte's Broadway, Sydney store, metres away from the new Apple outlet opened nearby last week, will be rebranded and relocated to an as-yet undecided new location in Sydney's inner west.

The nationwide rebranding is expected to be completed in the next eighteen months.

Vita Group also yesterday announced to the ASX it would record an impairment charge of up to $15m for the Next Byte business in 2012, meaning an EBIT loss of $4m for the period.

McMahon said the move was associated with a goodwill clause in the original acquisition and was unrelated to sales performance.