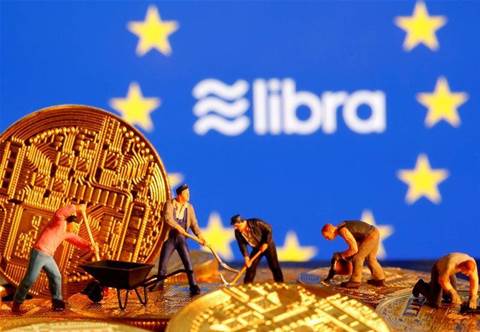 Financial leaders of the world's seven biggest economies on Tuesday vowed to fight rising ransomware attacks amid the COVID-19 pandemic, and said no stablecoin operation should start until it is properly regulated.

In a joint statement, the finance officials of the United States, Canada, Japan, Germany, France, Italy and Britain said digital payments could improve access to financial services and cut inefficiencies and costs, but such payments should be "appropriately supervised and regulated."

The statement, a draft of which was first reported by Reuters on Monday, did not mention Facebook's Libra stablecoin project by name, but was clearly targeted at the initiative.

"The G7 continues to maintain that no global stablecoin project should begin operation until it adequately addresses relevant legal, regulatory, and oversight requirements through appropriate design and by adhering to applicable standards," the statement said.

Stablecoins are tied to a traditional currency or basket of assets, and used for payments or for storing value.

The G20's Financial Stability Board (FSB) set out 10 recommendations in April for a common, international approach to regulating stablecoins, prompted by social media giant Facebook proposing its Libra stablecoin.

The joint statement issued by Group of Seven finance ministers and central bankers after a videoconference meeting noted that a number of G7 authorities are exploring the opportunities and risks associated with central bank digital currencies (CBDCs).

The statement also expressed concern about the rising threat of ransomware attacks against the financial services sector in recent months, with "malicious actors targeting critical sectors amid the COVID-19 pandemic."

In a separate annex on ransomware, the officials said some prominent strains of ransomware had been linked to groups that "are vulnerable to influence by state actors." It did not name any specific countries involved.

"These attacks, which often involve payments in crypto-assets, jeopardize essential functions along with our collective security and prosperity. We affirm our resolve to combat this threat collectively as well as individually," it said.

The G7 officials called on all countries to implement Financial Action Task Force standards to reduce criminals' access to and exploitation of financial services, and said they would work to enhance a coordinated response, including through information sharing and economic measures.

(Reporting by Andrea Shalal in Washington and Jan Strupczewski in Brussels; Editing by Chizu Nomiyama and Paul Simao)