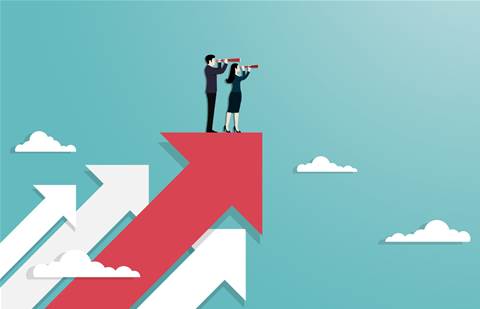 Spending on public cloud services in Australia is expected to increase by 18.4 percent over 2020 to reach $10.6 billion, according to a new report from Gartner.

“Organisations in Australia and New Zealand responded to COVID-19 by accelerating their adoption of cloud. Simply put, the pandemic served as a multiplier for CIOs’ interest in the cloud. It allowed CIOs to overcome any reluctance of moving mission critical workloads from on-premises to the cloud,” said Gartner research vice president Michael Warrilow.

“Emerging technologies such as containerisation, desktop-as-a-service and edge computing are becoming more mainstream and driving additional cloud spending. And hyperscale public cloud services have proven their underlying scalability and elasticity. This has led to stronger forecasts for cloud adoption in coming years. We also expect to see hyperscale providers increase their presence in this region.”

Software as a service (SaaS) will continue to be the largest segment by far reaching $5.7 billion, more than three times the spend of second place platform as a service (PaaS) at over $1.7 billion.

Gartner said that this is due to the demand for composable applications requiring a different type of SaaS experience.

Gartner attributes that growth to the pressure on CIOs scale infrastructure that supports moving complex workloads to the cloud and the demands of a hybrid workforce.

“It’s important to note that the usage and adoption of cloud that served enterprises well during the ongoing crisis will not look the same in the coming years,” Warrilow added.

“It will evolve from serving pedestrian use cases such as infrastructure and application migration, to those that combine cloud with technologies such as artificial intelligence, the Internet of Things, 5G and more.

“In other words, cloud will serve as the glue between many other technologies that CIOs want to use more of, allowing them to address more complex and emerging use cases. It will be a disruptive market, to say the least.”

Grow your software revenue by selling these 5 affordable, essential tools for the modern workplace
By Ben Moore
Apr 22 2021
10:05AM