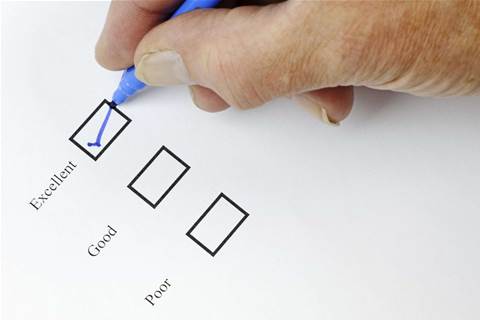 Networking tools vendor NetScout has sued IT analyst group Gartner for defamation in a US court, claiming it was given a poor rating in the group’s Magic Quadrant report because it did not procure enough services from Gartner to qualify for a better one.

NetScout also alleged that Gartner’s practices when determining which vendors are rated in the magic quadrant is in breach of the Unfair Trade Practices Act in the US State of Connecticut.

Gartner’s Magic Quadrant report has been relied upon for close to a decade to help assess the relative merits of technology providers in any given solutions area. It segments each area into a group of “market leaders” and “market challengers”, “visionaries” and “niche players”.

The analyst group provides a methodology for how it scores vendors for the Magic Quadrant, but does not release any scores in its reports.

NetScout claimed in court documents its analyst relations staff were told they would need to hire Gartner for more ‘consulting services’ to be considered for a higher position of favourable mention in its Magic Quadrant report.

It claimed the analysts are placed in a conflict of interest by receiving payments from vendors on the one hand, and choosing who to promote in the Magic Quadrant on the other.

In a March 2014 Magic Quadrant Report on network performance monitoring, Gartner analysts rated NetScout as a “challenger” and wrote it was “currently struggling to deal with new technical demands and rising expectations and has architectures, feature sets and pricing structures that requires modernisation.”

NetScout claimed in court documents that the statements were defamatory, and indicated that it hadn’t paid money to Gartner for five years.

NetScout CEO Anil Singhal claimed he had been told by a Gartner analyst that NetScout was not going anywhere because it does not spend enough on marketing, which he inferred to mean spend on Gartner services. The court documents did not provide any such evidence in writing.

“Gartner, an information technology (IT) research giant, markets itself as an independent and objective company offering actionable technology research from an unbiased source. In fact, Gartner is not independent, objective or unbiased, and its business model is extortionate by its very nature.

- NetScout's argument in its court case against Gartner

A Gartner spokesperson told CRN's sister publication, iTnews, the company considered the complaint without merit and said the company intended to "defend ourselves and the integrity of our research processes vigorously".

"We remain committed to providing our clients with independent research and advice about the products and services that we cover and upon which they have relied for decades," the spokesperson said.

It is the second time Gartner has been accused of engaging in “pay to play” practices for its Magic Quadrant reports. In May 2009, ZL Technologies filed a complaint along similar lines but ultimately lost the case.

NetScout intends to overcome this challenge by referring to other sectors - finance, in particular. The court documents refer to the historic 2003 Global Settlement in which the US Securities Exchange Commission (SEC) cracked down on financial investment houses that used a conflict of interest between their investment banking and analysis arms to skew the financial advice they provided to the market.

NetScout claimed it has had to spend “considerable sums” to market itself and overcome the brand damage sustained from Gartner’s poor scoring of its prospects.