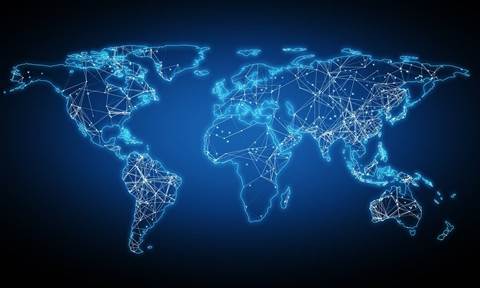 In the past three years that Gartner has been publishing the Magic Quadrant for WAN Edge Infrastructure, the report has been whittled down from 20 providers to 17 as acquisitions and strategy changes continue to shape the evolving SD-WAN market.

But the remaining 17 vendors are maturing their SD-WAN offerings with the addition of security, analytics, and even managed solutions. So much so, that this year‘s report contains four new leaders that have joined the existing two players that have spent the last three years in the leader’s circle.

Gartner defines the wide-area network (WAN) edge infrastructure market as WAN edge products that provide network connectivity from distributed enterprise locations to access resources in private and public data centers, as well as infrastructure as a service and software as a service.

Click through to see which vendors made the cut for Gartner‘s 2020 Magic Quadrant for WAN Edge Infrastructure. 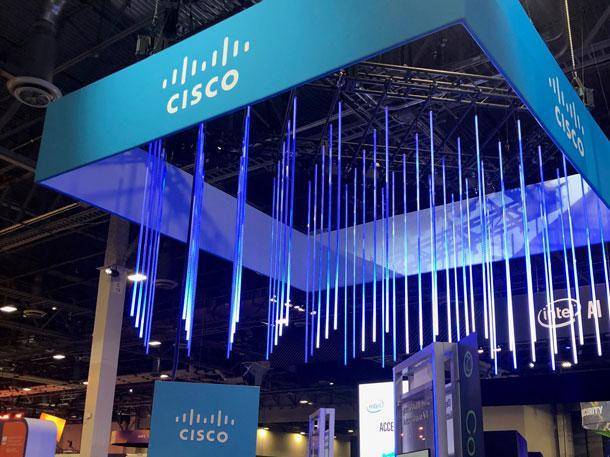 Cisco Systems, a leader in the first WAN Edge Infrastructure report in 2018, fell into the challenger quadrant last year. However, the networking giant returned to the leadership position this year thanks to its solid roadmap and plans to deliver increased security capabilities in an integrated fashion, driving toward a secure access service edge (SASE) architecture. However, the vendor‘s SD-WAN portfolio still includes separate pieces, which don’t aren’t fully integrated at the software or hardware layer, Gartner said.

Cisco is providing its flagship SD-WAN offering through its Viptela business, as well as an offering powered by Meraki appliances for leaner IT organizations. Last year a challenger and this year a leader, network security powerhouse Fortinet is coming to the market with Fortinet Secure SD-WAN, which includes FortiGate hardware and virtual appliances with accompanying networking and security (FortiGuard) software managed by the orchestrator in FortiManager.

The company has one of the most capable security solutions in Gartner‘s research. Combined with SD-WAN functionality, it creates a compelling offering for enterprises, Gartner said.

Despite its strengths, Fortinet is primarily viewed by the market as a security vendor and doesn‘t have as much experience in complex architectures compared to other SD-WAN competitors. The vendor was also late to market with cloud security and primarily focuses on branch security, Gartner found. Platform security vendor Palo Alto Networks, a newcomer to the quadrant, joined the fray this year after acquiring SD-WAN startup CloudGenix for US$420 million in March.

The SD-WAN and security-focused company now has one of the more complete SASE offerings when fully integrated with CloudGenix technology. The company also has one of the best visualization capabilities compared to other vendors on the report, Gartner said. However, the company still has limited capabilities in terms of application performance optimization, specifically with WAN optimization, Gartner found. Three-time leader Silver Peak has been ahead of the SD-WAN game because it hit the market ahead of other major SD-WAN vendors. As such, the vendor has strong depth and breadth of optimization features, including WAN optimization, SaaS acceleration and voice optimization, Gartner said. While the vendor has limited native security capabilities, Silver Peak today has partnerships with key security vendors, including Check Point Software Technologies, Fortinet, Palo Alto Networks and Zscaler.

Aruba Networks, an HPE company, announced its intent to acquire Santa Clara, Calif.-based Silver Peak in July and closed the US$925 million deal in September. Versa Networks went from visionary for the past two years to leader in 2020, thanks to its strong focus on combining SD-WAN with other branch networking functions, including routing and security.

Privately held Versa has two offerings: its full-featured VOS (formerly FlexVNF), which can be delivered on the Versa branch Cloud Services Gateways (CSG) or third-party hardware, along with the Versa Director and Versa Analytics. The second offering is Versa Titan, which is a simpler, cloud-based solution for SMBs. Gartner said it expects Versa to make future investments in SASE, multi-cloud fabric and campus SD-LAN.

Versa, a smaller player in the market compared to some of the incumbent networking players, is at risk of becoming spread too thin and defocused, which could affect code quality and customer support, especially as market consolidation impacts this market and Versa feels the pressure, Gartner said. A leader for the third year running, VMware's acquisition of top SD-WAN player VeloCloud and resulting VMware SD-WAN powered by VeloCloud offering has made it tough to beat, according to Gartner.

The Palo Alto, Calif.-based company is offering solid products, a sizable installed base of SD-WAN customers and a massive global channel, according to Gartner. VMware‘s roadmap highlights plans to bump up the security and analytics features that customers are asking for. However, the vendor currently has limited native security capabilities built into its offerings, Gartner found. Desktop virtualization leader Citrix kept its spot in the Challenger quadrant with its flagship SD-WAN appliances that come in physical, virtual and cloud form factors and can be managed via the Citrix SD-WAN Orchestrator.

The vendor's offering is cloud-managed and includes solid SD-WAN, application performance optimization, cloud features and security. However, Gartner noted that many enterprises don’t see Citrix as a network vendor, which could stand in the way of future growth. Citrix also has limited go-to-market channels, Gartner warned. A dominant vendor in China, Huawei has experience and proven scale with extremely large deployments and its broad portfolio in APAC but has very little presence in North America. Gartner also said that Huawei‘s geographic limitations stifled cloud-based orchestration and the company has been late in addressing key public cloud services integration requirements globally. Campbell, Calif.-based Barracuda operates primarily in North America and Europe and is focused on security-first, cost-effective solutions for midsize enterprise customers. Gartner expects Barracuda to make future investments in CloudGen WAN for Azure and Amazon Web Services (AWS), and to add remote security capabilities. Gartner warns that the vendor has low market visibility and its user interface can be complicated for end users.

NetCloud is Cradlepoint‘s flagship WAN edge offering, which includes routers, appliances, management and support delivered as a managed service. The vendor’s offerings have landed it in the Niche Player quadrant once again.

The Boise, Idaho-based company has deep knowledge of the wireless networking market and provided cost-effective small branch solutions to the SD-WAN market, Gartner said. Its operations are focused in North America, with limited sales and channels in EMEA and APAC, and the company is concentrated on wireless WAN use cases in specific verticals. Gartner warns that Cradlepoint has limited SD-WAN path selection capabilities.

Cradlepoint was acquired by Ericsson in September. Sitting squarely in the Niche Player quadrant, Nuage, which is owned by Nokia, has a number of WAN edge capabilities including provisioning, control, management and automation. Its offering is Nuage’s Virtualized Network Services (VNS), which includes X series and E series gateways managed by the Nuage Networks Virtualized Services Platform (VSP) controller. Privately owned Riverbed this year once again landed in the Niche Player quadrant with its two offerings: The primary product is SteelConnect EX (with integrated Versa VOS, which is based on a partnership with Versa Networks). It includes the edge appliance hardware and orchestrator, and its SteelConnect CX offering.

The vendor comes to the SD-WAN market with extensive experience in the WAN space. Its features include WAN optimization, network performance monitoring and diagnostic, and client-based acceleration that can improve performance for work-from-anywhere users and SaaS acceleration offered as a service.

However, Riverbed still OEMs Versa‘s VOS product, which limits Riverbed’s control of the product development. Riverbed has lost traction in its go-to-market channels, due to its product challenges in recent years, according to Gartner. Peplink, a small, Hong Kong-based vendor, is coming to the market with a variety of WAN products including its Balance and Max ruggedized appliances, which deliver wired and wireless SD-WAN.

Peplink, a SMB-focused player, offers a solid, LTE/5G, wireless-focused SD-WAN offering and products suitable for specific industry use cases, such as transportation, public safety and broadcasting. The company is leaning heavily on its limited channel partnerships at all levels of the sales and support cycle, Gartner said. Hailing from Spain, privately held communications vendor Teldat goes to market with its primary SD-WAN product -- the Teldat M8Smart -- along with Cloud Net Manager, CNM Provisioner, CNM Controller and CNM Visualizer. The company has a focused presence in Europe and LATAM.

Teldat has successfully deployed large-scale WANs but it is increasingly focused on competitively priced solutions for midsized customers, Gartner said. The company goes to market primarily through carriers and MSPs.

Teldat has limited experience with enterprises that take a do-it-yourself approach, and has limited capabilities in application performance optimization, cloud features and security features, Gartner said. Gartner warns that HPE Aruba is not as well-known in the WAN domain. However, the company‘s market presence and ranking is set to change on next year’s report since the company closed on its acquisition of market leader Silver Peak this month. Sunnyvale, Calif.-based Juniper networks was late to the SD-WAN market, but the established networking and security provider today provides Juniper SD-WAN, its flagship WAN edge offering that is made up of its SRX Series Services Gateways—physical, virtual and cloud—and Contrail Service Orchestration. The company is increasingly focused on integrating its Mist Marvis AI/ML engine to simplify Day 2 operations.