Gates: Microsoft would have bought WhatsApp 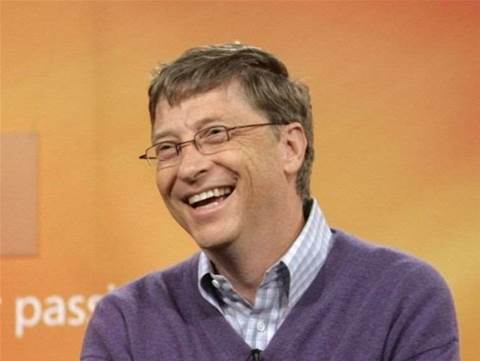 Bill Gates has said Microsoft would have bought WhatsApp - but not at the $19 billion price Facebook paid.

In a wide-ranging interview with Rolling Stone, the Microsoft founder admits the company had its eye on the messaging app, which was bought by Facebook last month.

I don't know for $19 billion, but the company's extremely valuable

Asked what Facebook's purchase meant for the economics of Silicon Valley, Gates replied: "It means that Mark Zuckerberg wants Facebook to be the next Facebook. Mark has the credibility to say, 'I'm going to spend $19 billion to buy something that has essentially no revenue model'."

Gates said he thought that Zuckerberg's "aggressiveness is wise", but added the price Facebook paid for WhatsApp is "higher than I would have expected".

"It shows that user bases are extremely valuable," he added.

So valuable, in fact, that Gates admitted that "Microsoft would have been willing to buy it, too".

"I don't know for $19 billion, but the company's extremely valuable," Gates added.

In some ways, Microsoft did get its hands on WhatsApp. Microsoft retains a 1.6% stake in Facebook, which it paid $240 million for in 2007. That stake is worth around $2.8 billion at today's Facebook valuation.