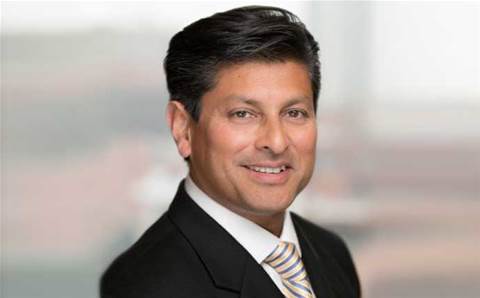 Samuels, who also headed up the Salesforce.com worldwide partner network for nearly five years, replaces Kerry Bailey, a former Verizon Terremark executive who held the worldwide indirect sales job for just 15 months and is leaving HPE to pursue other opportunities.

"Denzil will be responsible for accelerating execution of our strategy around Hybrid IT and the Intelligent Edge in collaboration with all parts of our partner ecosystem," said HPE chief sales officer Peter Ryan in an internal memo.

Ryan, who took over a new worldwide HPE global sales organisation, including indirect and regional sales, last June, said Samuels' experience will be "invaluable in driving HPE and partner growth related to Hybrid IT,  the internet of things (IoT) and the need for greater intelligence at the edge of the network".

The chief sales officer noted in the memo that the indirect sales organisation was "fundamental to the success of the Enterprise Group and to our go-to-market strategy".

Ryan also said he was "personally grateful" for all that Bailey, who joined HPE just over three years ago to build a "worldwide cloud go to market sales machine", had done for HPE.

"Under Kerry's leadership, HPE has been recognised as having the number one partner program in the marketplace," said Ryan. "I am very personally grateful for all that Kerry has done for our business and I wish him nothing but the best in the future."