Gelsinger: Intel will expand manufacturing, make chips for others 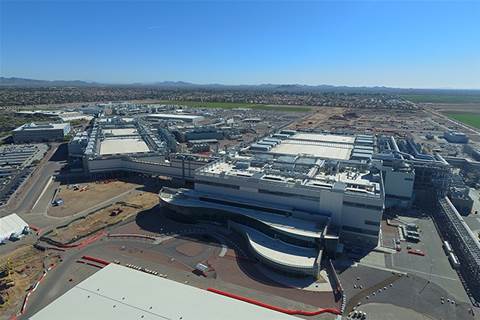 Intel CEO Pat Gelsinger said the company will significantly expand its manufacturing operations and create chips for other companies while also increasing its use of external foundries as part of an “IDM 2.0” strategy that will create a “new era of innovation and product leadership” at Intel.

Gelsinger’s IDM 2.0 strategy were detailed Tuesday in a webcast and press release on the chipmaker’s website, which said the manufacturing expansion plans will begin with a roughly US$20 billion investment for two new fabs in Arizona.

These two new fabs will support Intel’s products but also a new standalone business for the company, Intel Foundry Services, which will “become a major provider” of chip manufacturing capabilities for companies in the United States and Europe.

While Intel is significantly expanding its manufacturing capacity, Gelsinger said the company will increase its use of external foundries for a range of Intel products, including those in the PC and data center markets starting in 2023. Gelsinger’s IDM 2.0 strategy refers to Intel’s model as integrated device manufacturer.

Gelsinger, who became CEO of the company last month, revealed his plans Tuesday after promising in January that he would overcome the company’s manufacturing problems and return the chipmaker to its “position of the unquestioned leader in process technology.”

Intel has suffered from manufacturing issues in the last few years that have resulted in delays for both 10-nanometer and 7nm products, which has allowed manufacturing rivals TSMC and Samsung to arm fabless chipmakers like AMD and Nvidia with next-generation processes sooner.

In his webcast Tuesday, Gelsinger said the company has made good progress on its 7nm process and that Intel expects to “tape in” the compute tile of its first 7nm client CPU title, code-named Meteor Lake, in the second quarter of this year.