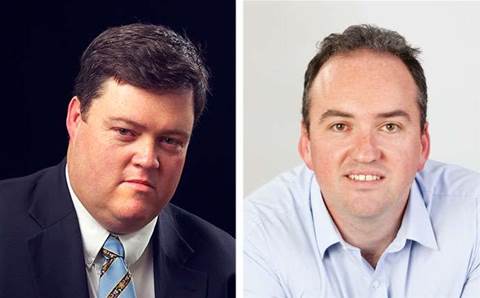 The deal between the two companies, for an undisclosed amount, closes today after months of discussion.

As well as Microsoft, both channel partners align closely with Telstra, and bring complementary skill sets.

"Paradyne has one of the largest installed base of Office 365 in Australia, so with Microsoft about to launch Cloud PBX we now have potential to offer our combined services to both existing and new customers in mid-market and enterprise," Generation-e chief executive Biagio La Rosa said.

“Today, the competitive threats being levied on our customers are mounting. They must constantly address their productivity concerns so their IT demands go beyond UC. By combining cloud offerings including Microsoft Azure, Office 365 and Enterprise Mobility Suite with collaboration and connectivity solutions from Microsoft (Skype for Business), one Microsoft partner can effectively deliver to any E5 licence."

La Rosa said that once complete, Generation-e's client book would swell to 1,000 customers, including federal government departments, ASX 200 companies, universities and a broad range of public and private sector organisations.

“By bringing together the best of breed in productivity and cloud, we will be able to reach our goal of 1 million active users by 2016,” said La Rosa.

Paradyne principal Loryan Strant said that while Gen-e was strong in enterprise and government, Paradyne was big in corporate accounts. "We do cross paths in those areas, between the two of us we now have a much stronger foothold."

"The two of us together, you won't be able to pigeonhole us - we'll be doing a lot of great things based on productivity and communications."

Strant, who will become cloud CTO of Generation-e, added that the Paradyne name would remain in the market for the time being.

As well as both holding Microsoft Gold status, the two companies are both previous CRN Fast50 companies, Paradyne having placed No.8 in 2013 and Generation-e appearing three times between 2009 to 2011.