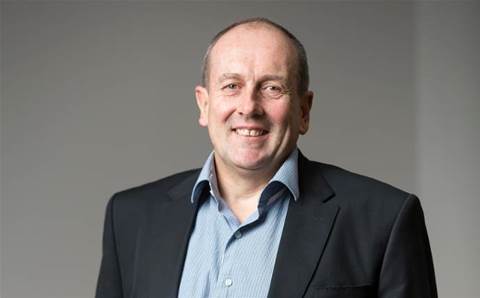 Wright, who had been Dell's general manager ANZ channels and alliances since May 2015, will be responsible for the ANZ channel business and the implementation of new Dell EMC partner program, to be roll out in February 2017.

Geoff will report into Tian Beng Ng, senior vice president of Asia-Pacific and Japan channels at Dell EMC. Ng was appointed to the new role in November.

The vacancy at the top of EMC's Australian channel was announced in September, when EMC's former Australian channel chief, Mark Fioretto, secured the role as Dell EMC's enterprise lead for Australia and New Zealand. Fioretto officially starts in the new role in February 2017.

Wright said: "Our channel partners will play an increasingly important role in our go-to-market strategy and growth of the business as we seek to become the industry’s most trusted advisor.

"Built on three core tenets – to be simple, predictable and profitable – the new Dell EMC partner program will ensure all partners are positioned for growth and success. I am thrilled to be part of this exciting journey in leading our combined channel business."

Prior to joining Dell, Wright spent more than a decade as a channel consultant across Europe and Asia-Pacific at Channel Enablers, a business he founded in 1999 and later sold.He has 30 years' experience in the technology industry including software, retail, cloud, security and data storage.

Tian Beng Ng said: "At Dell EMC, we believe that change brings rich opportunities. With the incredible improvements coming to the Dell EMC partner program, our channel needs an incredible leader who understands the local market, has been working with partners across the country and knows how to lead through this transition.

"Geoff brings a wealth of industry experience and has formed great relationships within the channel community which I believe will enable us to make great strides in the market," said Ng.