GetSwift responds to confusion over contracts 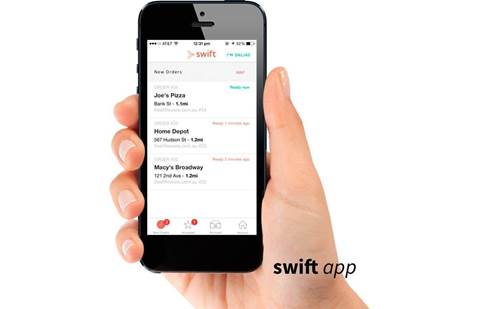 Delivery software startup GetSwift has responded to media reports over its customer contracts, but remains in a trading halt that has now entered its fourth day.

The fast-growing tech company voluntarily suspended trading on the Australian Securities Exchange before the market opened on Monday following a report in the Australian Financial Review that found deals with Fantastic Furniture and FruitBox announced as multi-year agreements never went past trial stage.

Today, GetSwift responded to a lengthy "please explain" letter from the ASX; the sharemarket operator was seeking clarity on many of the claims raised in the AFR.

Central to the issue is whether it was material that GetSwift announced customer wins as multi-year deals when they were subject to pilot, trial or proof-of-concept periods.

The ASX quizzed GetSwift on why it did not clarify that some of the projects announced to shareholders included a limited rollout period, or inform the market when these did not progress to full-blown contracts.

The startup argued that because it follows a pay-per-use model with a transaction-based fee, it is not material to reveal whether a project includes a proof-of-concept stage, since any client could cease using its service at any time.

GetSwift said agreements with larger, enterprise clients typically include a 90-day proof-of-concept stage before moving to a two- or three-year contract. At the date of its prospectus in December 2016, GetSwift claimed a 100 percent signup rate for POC clients.

GetSwift's announcement to the ASX of each deal had been followed by a one-day rise in its share price ranging from 1.5 percent for the combined statement about Betta Home Living and Fantastic Furniture, 4.35 percent for FruitBox and 48.98 percent for Commonwealth Bank.

The startup said the Betta Home Living deal remains in effect, and said it was hopeful the Fantastic Furniture deal could also continue, telling the ASX that it "was left with the impression that activity may resume".

It is not entirely clear what stage the CBA project has reached.

In December, GetSwift said "extensive testing, security reviews, stability metrics and validation" took place in 2017. The company told the ASX today that the Commonwealth Bank contract was not subject to any initial development period and/or pilot testing period.

According to the AFR, the Commonwealth Bank told the newspaper that its project with GetSwift was not yet in pilot phase.

The ASX asked GetSwift whether Commonwealth Bank had agreed to adopt its application, to which the startup today responded: "GSW has no reason to believe that CBA will not use the GSW platform."