GetSwift slapped with class action over allegations of misleading investors 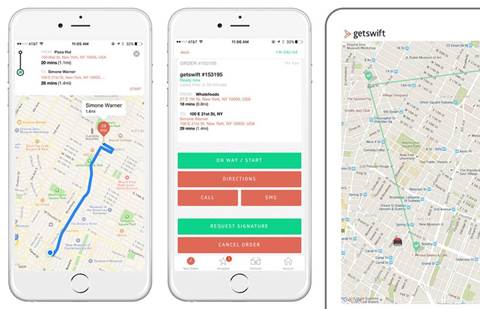 Australian tech startup GetSwift is facing multiple class actions after a rocky return to trading on the ASX, which followed a one-month voluntary suspension surrounding questions over into its customer contracts.

A class action filed by law firm Squire Patton Boggs in the Federal Court of NSW on Tuesday alleges GetSwift and its director, Joel MacDonald, misled investors over arrangements of major price-sensitive contracts.

Squire Patton Boggs claims GetSwift made announcements exaggerating the revenue potential of contracts with FruitBox, Fantastic Furniture and the Commonwealth Bank when the contracts were not firmly established.

“It is alleged that the exaggerated announcements caused investors to believe that GetSwift had actually secured and commenced generating revenue from substantial clients such as FruitBox, CBA and Fantastic Furniture,” a Squire Patton Boggs announcement read.

"Following contract announcements, GetSwift shares increased to a peak share price of $4.60 in December 2017, at which time it had a market capitalisation exceeding $598 million.

"Since then it was revealed that at least two of the contracts did not survive a trial period at all, and one had not started its trial – the market capitalisation has declined to less than half this amount."

Dwayne Perera, the applicant, is claiming losses for himself and on behalf of other investors for “overhyped” announcements, the law firm reported.

“The applicants allege that GSW and its director, Mr MacDonald, engaged in misleading and deceptive conduct in trade, and compensation for failure to comply with the company’s continuous disclosure obligations contained within Rule 3.1 of the ASX listing rules and section 674 of the Corporations Act 2001.” Squire Patton Boggs wrote.

Update Wednesday, 10.56am: In an announcement released to ASX on Wednesday morning, GetSwift acknowledged it had been served with a class action court application.

"The company intends to contest this action and legal counsel has been engaged," GetSwift wrote.

Vannin said it was investigating a class action on behalf of “aggrieved investors” who purchased shares in GetSwift between 24 February 2017 and 19 January 2018.

The litigation funder is seeking shareholder interest in a class action alleging that GetSwift made “misleading and deceptive statements to the market in relation to contractual arrangements said to have been reached with large service providers”.

GetSwift saw its share price plummet when it returned to trading at the beginning of the week following a one-month voluntary suspension.

The company’s share price has fallen 67 percent from $2.92 to 95 cents since the trading halt was lifted.

GetSwift had been in a trading halt following questions from the ASX over the startup’s decision to announce customer wins as multi-year deals when they were subject to pilot, trial or proof-of-concept periods.