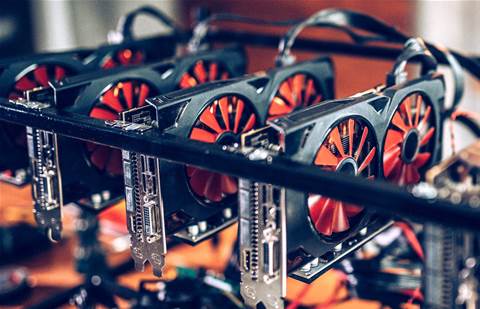 Gigabyte has halted sales of its new GeForce RTX 3090 TURBO graphics card, according to sources familiar with the situation, disrupting plans by partners who were planning to sell the product in servers.

The Taiwan-based hardware manufacturer recently informed channel partners that the “blower edition” graphics card, which was only announced last September, has reached its end of life, prompting backorders to be canceled as a result, multiple sources told CRN USA. Gigabyte’s web page for the product now redirects to an error page.

Gigabyte did not respond to a request for comment.

One US-based partner, who had multiple backorders for Gigabyte’s GeForce RTX 3090 TURBO, told CRN USA that he was surprised and puzzled by the news, given that it had only been available for a few months.

“Why did you have to end-of-life a brand-new blower edition? It is very strange,” said the partner, who asked to not be identified because of his company’s relationship with Gigabyte.

While Nvidia has a dedicated lineup of GPU products for servers, which includes last year’s A100, some partners turn to the chipmaker’s GeForce graphics cards for desktop PCs to use in GPU servers. Multiple partners told CRN that GeForce graphics cards are preferred by some budget-conscious customers because they are significantly cheaper than those that are designed for servers.

“They’re budget-constrained, and this is how they can meet some of their needs for compute power,” the partner said of his public sector and university customers.

The challenge is that not every GeForce graphics card has the right form factor to fit inside servers. For instance, Nvidia’s GeForce RTX 3090 Founder’s Edition graphics card is a triple-slot card, which means it can’t fit into most rackmount servers, according to the partner with canceled backorders. But since Nvidia works with add-in board partners, such as Gigabyte, those add-in board partners can provide graphics cards containing Nvidia GPUs with different form factors, specifications and features.

The partner said Gigabyte’s GeForce RTX 3090 TURBO graphics card was a big deal in large part because it was a dual-slot card and could easily fit into standard server as a result. He added that other cards with a “blower” design — which indicates that the card blows hot air through the back grill to cool the GPU — have been popular for servers because of their dual-slot form factor.

With Gigabyte no longer selling the GeForce RTX 3090 TURBO, partners who were previously planning servers around the graphics card are now trying to figure out alternatives for customers, which is causing delivery timelines to be pushed back.

“It’s unfortunate that we can’t deliver these systems in a timely manner because the buyers are public sector, government labs and universities,” the partner said. “That’s who mostly buys this stuff.”

One AI researcher who relies on GPU servers told CRN that Gigabyte’s abrupt end-of-life for the GeForce RTX 3090 TURBO is slowing down research work at his lab because they were in the process of buying servers equipped with Gigabyte’s cards when the news was disclosed.

“It is slowing down our research since we have lots of jobs in queue with our current server infrastructure,” said the researcher, who asked to not be identified because of an affiliation with Nvidia. “Conference deadlines are missed, ablation studies are shorter and certain kinds of research can’t be even tackled. [Deep learning] research is very empirical, so fast experimentation is crucial.”

The researcher’s lab had turned to Gigabyte’s GeForce RTX 3090 TURBO because it offered high performance at a very affordable price in comparison to Nvidia’s V100 and A100 server GPUs, plus the 24 GB memory capacity made it “perfect” for deep learning. But because the Gigabyte partners they were trying to buy from had no alternative server configurations that could meet the lab’s budget constraints, they are now trying to look elsewhere.

Another US partner, who had a large server order impacted by the card’s end-of-life, said the price-performance ratios of the GeForce RTX 3090 TURBO were likely to be very favorable in comparison to the more expensive A100, which shares the same underlying Ampere architecture. The partner said they compared a last-generation GeForce 2080 Ti card with the A100 and found that the A100 was only about 20 percent faster while costing several times more.

The only other rub with using GeForce graphics cards for servers is that Nvidia doesn’t endorse such use because the company wants customers to buy its cards that are purpose-built for servers, like the A100, according to this partner. Nvidia may market the GeForce RTX 3090 cards for researchers as a key demographic, but they are likely angling those cards for use in workstations, not servers, he added.

But while Nvidia stipulates that GeForce software may not be used for data centre purposes in the software’s license agreement, the partner said the line for acceptable use in the field is blurry.

“They don’t want to lose the business, but they want to push everyone towards the A100,” he said.

An Nvidia spokesperson told CRN that GeForce and Titan graphics cards “were never designed for data centre deployments with the complex hardware, software, and thermal requirements for 24x7 operation, where there are often multi-stack racks.”

However, while the GeForce software license is meant to discourage “potential misuse” of GeForce and Titan graphics cards in “demanding, large-scale enterprise environments,” Nvidia does recognize the value of such products in servers for “non-commercial uses or other research uses that do not operate at data center scale,” according to the spokesperson.

“Nvidia does not intend to prohibit such uses,” the spokesperson added.

Karl Freund, principal analyst at AI hardware research firm Cambrian-AI Research, told CRN that the sudden end-of-life for Gigabyte’s GeForce RTX 3090 TURBO underlines one of the risks customers and partners face when they decide to use Nvidia desktop PC and workstation products in servers.

GeForce graphics cards may offer high performance at a lower price in servers, according to Freund. But they lack the many benefits that Nvidia provides with its data centre GPUs to address what it said are the “unique mechanical, physical, management, functional, reliability and availability needs of servers.”

Those benefits include a “three-year warranty covering data center workloads, Nvidia enterprise support, guaranteed continuity of supply and extended SKU life expectancy for data center components,” Nvidia said, which it has communicated since those products were first released.

That means if a customer running GeForce servers needs to replace a graphics card a year or two after deployment, the specific model used by the customer may not be available anymore because, unlike data centre GPUs like the A100 or Quadro, Nvidia does not guarantee a long lifecycle for the product.

“For GeForce, it just costs a lot less money because Nvidia is not having to incur the expenses of inventory exposure, long lead times, accessibility and specifications have been validated through all the partners — that all costs money,” Freund said. “They have to recoup that. So if you need those things, then you got to find Quadro. If you don’t need those things, you can save a ton of money and get the work done essentially for a much lower total cost of ownership.”

The other potential downside with using GeForce graphics cards for servers is that they are not certified for data centre applications while products like the A100 or Quadro are, according to Freund.

“If you’re designing an aircraft engine [using GeForce], you want to know that the finite element analysis application has been checked out and [that] they’ve been certified on that particular card,” he said. “And so that certification is something that vendors will often point to as a reason to spend the extra money for a Quadro card.”