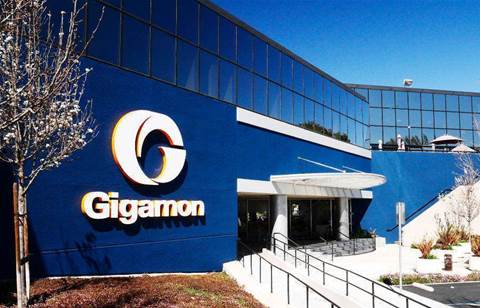 Gigamon has updated its partner program to reward solution providers that generate more of their own sales opportunities and provide professional services.

The network visibility vendor said the Catalyst Channel Program will help Gigamon expand its partner community from predominantly network infrastructure partners to include more solution providers with security and cloud expertise, according to Michelle Hodges, vice president of worldwide channels and alliances.

"We are growing at quite a rapid pace," Hodges said. "We cannot possibly access the market and the customers that need Gigamon without the help of the channel."

Up until now, Hodges said Gigamon has had a very traditional partner program that was tier-based and rewarded solution providers primarily based on past revenue performance. But going forward, Hodges said Gigamon plans to put more meat behind its deal registration discount to reward partners that are initiating their own business.

Opportunities will now be classified into two categories, Hodges said: channel-initiated, meaning that solution providers were truly the ones spurring the business; and channel-assisted, meaning that a partner was present in the deal and providing support. Channel-initiated deals will now be eligible for 10 additional points of deal registration as compared with channel-assisted deals, according to Hodges.

"It's all about investing in performance and the platform, and participating in opportunities," Hodges said.

Gigamon is also introducing two business investment funds (BIFs), or rebates intended to reward partners who are focused on driving joint growth. The incentives will also enable partners to tap into an MDF lifefund to support everything from creating demos and lab gear to obtaining certifications to building out more solutions and services, according to Hodges.

The Close 1 rebate will be available to partners that identify an opportunity, configure it independently using an automated tool, and close the deal on their own, Hodges said. The services compliance rebate, meanwhile, supports a professional services program with certifications for both GigaPRO Professionals as well as other professional services requirements, according to Hodges.

Gigamon declined to disclose the size of the deal registration discounts or rebate offers.

The company's product has a steep learning curve, and Hodges said the perks are designed to reward partners for being involved in the renewal process and attaching services to make the opportunity more sticky. And well-designed MDF tools like demo gear, training, certifications and proof of concepts should incent partners to invest more in the Gigamon ecosystem, go-to-market and professional services.

The two primary goals of the Catalyst Channel Program are boosting the amount of channel-initiated business and growing the overall sales pipeline, Hodges said. She declined to provide the specific goal amounts for each.

Nearly 95 percent of Gigamon's business flows through the channel today, Hodges said, with only a handful of very large accounts procuring directly. The company currently has approximately 500 partners in its program globally, Hodges said, and anticipating adding no more than 100 new security- and cloud-focused partners by the end of 2019.

"We want committed and invested partners that want to grow with us," Hodges said.