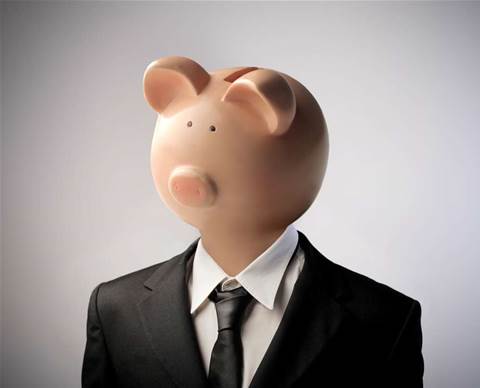 The Australian Government's efforts to reduce the price it pays for IT services drove the very behaviour Prime Minister Julia Gillard complained about in a speech to the ACTU today.

Earlier today the Prime Minister accused the IT industry of rorting the 457 skilled migrant visa program.

Gillard's demonisation of the 457 program aims to appease both unions and IT workers in Australia struggling to find employment.

The DEEWR’s monthly study of job vacancies suggests that demand for IT jobs is slowing, especially in the ACT.

But in Canberra, there is no shortage of work to be done. Universally, Government agencies struggle with refreshing ageing systems. There is not so much a shortage of demand for IT workers as a shortage of funding to pay them.

Cast your mind back to 2008, when the Australian Government asked Peter Gershon to review public ICT spending. In response, agencies had their business-as-usual IT budgets stripped by either seven or 15 percent, the savings from which were to be channelled into whole of government IT services. But even before the Government's $1 billion savings target was achieved, the Gillard Government siphoned off $400 million from the fund to finance election promises instead.

The Government boasted last year that it had identified $2 billion of ICT savings between 2008 and 2017 in the wake of the Gershon review, 90 percent being stripped from ‘business as usual’ costs.

While the taxpayer should applaud efforts to cut back Government spending, cut too deep and you should expect a certain outcome. As iTnews’ Canberra correspondent John Hilvert warned in 2012: “Treasury boffins seem to have little interest in the implications of those cuts.”

Government agency CIOs have reacted in predictable ways: deferring new projects and applying continued pressure on their IT suppliers to provide the same quality of services at a lower cost to meet these savings targets.

The IBMs and HPs of this world – those that Gillard wiggles her accusing finger at today – aren’t known for accepting a lower margin when faced with such pressures. They, in turn, react by lowering their own costs.

And to do that, they have invariably turned to foreign labour.

Workers on skilled migrant 457 visas have helped to complete many large and complex IT projects in Australia – including several within the Australian Government – at a reduced cost.

Let’s take one of the more successful IT stories in Canberra circles in recent years – the consolidation of systems between the various agencies (Medicare, Centrelink etc) that fall under the remit of the Department of Human Services. A cursory look at how much DHS spends with Indian service provider Wipro for such services as ‘IT Specialist Services by Specified Personnel’ ($20 million+ in 2011/12 alone), and the reported success of the program to date, and you’ll start to understand the appeal of the 457 program.

The typical worker a Wipro or an Infosys brings onshore for one of these projects is quite often as skilled — and almost definitely motivated to work as hard — as a worker born in Australia. And while there are stringent requirements within the 457 program to ensure this foreign labour is not exploited – these employees will absolutely do the same job for lower pay.

And that is precisely why just about every multinational IT services firm operating in Australia is using 457s, and why a good majority of our large customers are contracting them.

It’s not so much about ‘skills shortages’ as the incessant pressure to produce results at a lower cost.

The ‘skills shortage’ myth was demolished back in 2006 by an unlikely hoaxslayer. Russell MacDonald, the managing director of IT recruiter RMARecruit, argued that Australian organisations were using 457 visas as a ‘quick fix’ for a far more concerning problem: the lack of interest young Australians are showing in an IT career.

RMARecruit uses the 457 program “in the spirit of how it was intended” (i.e. to fill specific skills gaps), but MacDonald concedes that many other Australian organisations “are too quick to go to the 457 program instead of investing in their own training.”

The correct policy response from the Government might indeed require a look at the 457 Visa program. But demonising the program in the face of deeper issues around cuts in funding for both education and Government ICT projects smacks of political convenience.

Gillard can harp on all she wants about 457 visa rorting – but in Canberra circles at least, it’s a product of her own policies. You only get what you pay for.