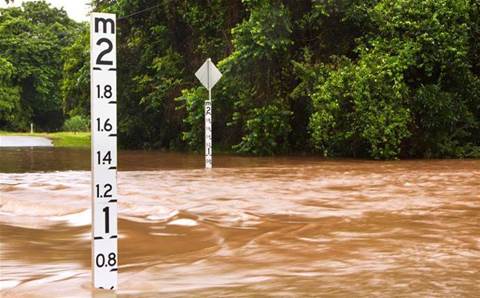 An app created by GIS People for the Queensland government has already generated more than 3000 individual field reports in the two weeks after the state was hit by devastating floods.

The Brisbane-based Microsoft partner started working with the Queensland government in 2016 to create a modified version of its Gruntify mobile platform called RADAR (Recording Asset Damage and Restoration).

As the name suggests, the platform uses location intelligence as well as machine learning and AI to digitise the process of documenting damage after a natural disaster. It's been used for 46 local councils in Queensland as well as the state's Department of Transport and Main Roads.

Field workers can take photos and video of the damage with their smartphones. This data is collated into a report which is uploaded to the Microsoft Azure-based command and control centre managed by the Queensland government for real-time mapping of incoming data. There's also an API for programmatic integration with third-party solutions.

He added that RADAR also introduced improvements in data quality and savings in addition to the time and effort utilising a digital process saved.

RADAR has been deployed in North Queensland to help document damage to critical infrastructure and aid in the recovery process following the recent floods which have ravaged parts of the state.

Stjepanovic said more than 1000 reports were generated in the first seven days alone, and thousands more are expected throughout the recovery process, which will help emergency crews and residents rebuild in the wake of the floods.

At the moment, an average of 300 reports are being generated every day during the recovery process and could go as high as 500 per day.

“It is a pleasure to see our world-leading technology, developed right here in Queensland, being put to such good use," Stjepanovic said.

"We are very fortunate to be in a position to help our fellow Queenslanders bounce back to normal a lot sooner than what was previously possible. To deal with and respond to a natural disaster of this magnitude requires a scalable and reliable technology. That’s where our deep expertise in the Microsoft Azure technology stack, a central cog in the Gruntify machine, makes a big difference.”

RADAR was also used after Tropical Cyclone Debbie in 2017, where it helped accelerate the process of collecting evidence of damage to speed up claims for relief funds. Late last year, Gruntify launched in the US and has already been used by the city of San Jose to create a disaster recovery and communications platform similar to RADAR.

Eliminating departmental friction within MSPs
By Brendon Foye
Feb 14 2019
7:20AM