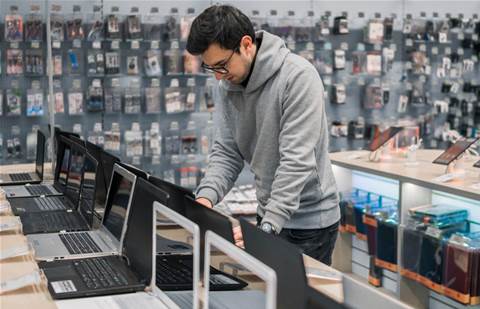 After two red-hot years of PC sales, it seems the market may be cooling off as global shipments fell 5.1 percent in the first quarter of 2022, according to research firm IDC. But top vendors have remained in place, with Lenovo still leading the pack in global shipments.

IDC reported that the top five companies shipped a total of 80.5 million PCs, a 5.1 percent drop from the first quarter of 2021. Lenovo’s market share led the way at 22.7 percent, but its year-over-year growth dropped 9.2 percent. HP Inc. held on to second place with 19.6 percent first-quarter market share, while dropping 17.8 percent in year-over-year growth.

An HP spokesperson told CRN US, “The world of work continues to shift, with people working from home, from transformed offices or from a classroom, and we are delivering new devices.” The spokesperson also pointed to the company’s recent US$3.3 billion purchase of Poly to “accelerate our peripherals and workforce solutions strategies.”

Two years of pandemic-forced remote work and remote schooling had the entire world racing to secure PCs for work and school. Now that the pandemic seems to be easing worldwide, demand is slowing. Analysts believe hybrid and remote work will remain the new normal, however, and still support strong commercial PC demand.

Solution providers said the slowdown comes down to two words: supply chain. But IDC says it’s not time to panic.

“The focus shouldn’t be on the year-over-year decline in PC volumes because that was to be expected,” Ryan Reith, group vice president with IDC’s Worldwide Mobile Device Trackers, said in a statement. “The focus should be on the PC industry managing to ship more than 80 million PCs at a time when logistics and supply chain are still a mess, accompanied by numerous geopolitical and pandemic-related challenges. We have witnessed some slowdown in both the education and consumer markets, but all indicators show demand for commercial PCs remains very strong.”

In fact, the report showed bright spots for some PC makers. Dell, Apple and Asus were the only top-tier vendors showing year-over-year shipment growth. Asus saw the biggest year-over-year shipment spike, with a 17.7 percent increase. Dell’s shipments increased 6.1 percent while Apple’s bumped up by 4.3 percent (both year over year).

“Even as parts of the market slow due to demand saturation and rising costs, we still see some silver linings in a market that has reached an inflection point towards a slower pace of growth,” IDC’s Jay Chou, a research manager for its Quarterly PC Monitor Tracker, said in a statement.

Lenovo and Asus did not return messages seeking comment by press time.

Grow your software revenue by selling these 5 affordable, essential tools for the modern workplace
By Shane Snider
Apr 12 2022
7:17AM