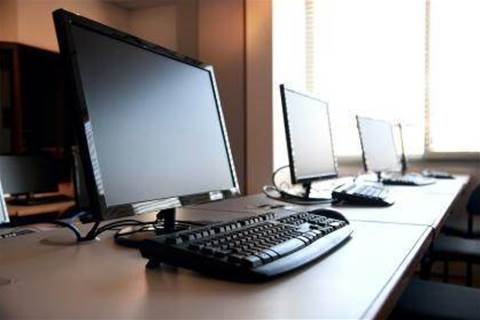 Global PC shipments fell by 1.4 percent in the first quarter of 2018, representing the 14th consecutive quarter of decline dating back to 2012, amid rising costs and longer refresh cycles.

Sales for the first quarter of 2018 totalled 61.7 million units according to Gartner's figures, with China recording the most significant decline of 5.7 percent. Shipments declined by 3.9 percent in Asia/Pacific, and by 2.9 percent in the US.

Meanwhile, PC shipments in other regions saw minimal growth - with a rise of 1.7 percent in EMEA due in part to the fast-approaching compliance deadline for GDPR alongside a greater priority afforded to security encouraging organisations to refresh their hardware.

Mikako Kitagawa, principal analyst at Gartner, said the global decline, measured against Q1 2017, may be tied with inventory carry-over from 2017 and caution among vendors wary of overstocking ahead of new models being released later 2018 as well as Intel's new eighth-generation core processors.

On the drastic decline in China, Kitagawa explained: "This was driven by China's business market, where some state-owned and large enterprises postponed new purchases or upgrades, awaiting new policies and officials' reassignments after the session of the National People's Congress in early March."

The largest three vendors Dell, Lenovo and HP grew their share of the market from 54.4 percent in Q1 2017 to 56.9 percent in 2018 - with Dell, although marginally behind its competitors, experiencing the strongest growth rate among the top six, of 6.5 percent.

Meanwhile, Gartner also pointed to a price spike in PCs, attributing it to a shortage of components coupled with rising costs of materials, with suppliers still cautious about expanding their production capabilities amid deceleration in the smartphone market and uncertainty in PC replacement demand, according to the research firm.

Kitagawa continued: "In contrast to other DRAM-related price spikes, PC vendors are not reacting by reducing DRAM content. Rather they have passed the cost increase to consumers. With fewer people buying new machines, manufacturers need to get the highest profit margin from each sale. To do that, they are raising the selling points and focusing on customer experience or perception of value."

The figures, comprising shipments of desktop PCs, notebook PCs and ultramobile premiums, such as Microsoft Surface, didn't include Chromebooks or iPads.

Gartner's Worldwide IT spending report last week found that devices overall are set to grow by 6.6 percent in 2018, though people are holding onto their devices for longer, so the growth comes mainly from higher price points.

"PCs are declining because they're lasting longer," John-David Lovelock, distinguished analyst at Gartner, said. "We're in that refreshing cycle [now] but further out it's back to decline. Windows 10 put a lot of life back into Windows 7 PCs but that's kind of over now and so we're back in that [longer] refresh cycle again."

7 steps to MSP success: from pricing to specialisation
By Keumars Afifi-Sabet
Joe Curtis
Apr 13 2018
1:13AM