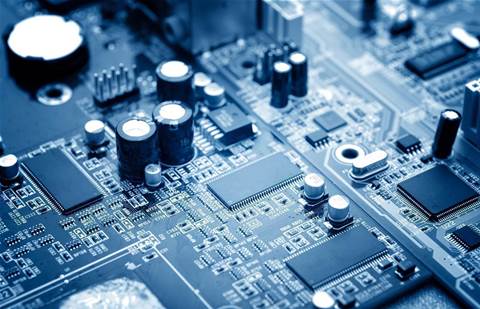 Chipmaker GlobalFoundries, owned by Abu Dhabi's sovereign wealth fund Mubadala Investment Co, is aiming for a valuation of about US$25 billion in its initial public offering in the United States.

The IPO, one of the most hotly anticipated listings this year, is expected to cap a record year for flotations, after several big names such as Robinhood Markets, Coinbase Global and Roblox Corp took advantage of a boom in capital markets earlier this year.

IPOs in the United States have already raised an all-time record of over US$250 billion this year, according to data from Dealogic.

In a filing to stock exchanges on Tuesday, GlobalFoundries set a price range between US$42 and US$47 a share for the IPO. At the upper end of the range, the company is expected to raise about US$2.6 billion.

Reuters was first to report in August that GlobalFoundries had filed for an IPO in New York that could value the company at around US$25 billion.

Including the "greenshoe option", which allows companies to sell additional shares during an IPO, GlobalFoundries could be valued at about US$26 billion.

Funds associated with BlackRock Inc, Fidelity Management & Research Company, some affiliates of Koch Strategic Platforms, Columbia Management Investment Advisers and Qualcomm have committed to invest about US$1.05 billion in the IPO.

Funds associated with Silver Lake Technology Management have also committed to separately invest US$75 million as part of a so-called concurrent private placement.

Mubadala, which is selling 22 million shares in the IPO, will hold an 89.4 percent stake in GlobalFoundries and control 89.4 precent of the voting power, following the listing and the private placement, according to the latest filing.

In its latest filing, GlobalFoundries said it estimated third-quarter revenue to come in at around US$1.7 billion, at the higher end of expectations, representing a 56 percent jump from a year earlier.

GlobalFoundries' revenue had been in decline since 2018 but, over the past 12 months, the company's growth rebounded as worldwide demand for chips sky-rocketed.

The chipmaker has been consolidating its product lines and announced plans to expand in the United States and Singapore with new factories. It plans to build a second factory near its Malta, New York, headquarters, and spend US$1 billion to boost output.

A shortage of semiconductor chips globally has forced the world's biggest chipmakers to ramp up worldwide production in the aftermath of the COVID-19 pandemic that caused manufacturing delays.

The company, which makes radio-frequency communications chips for 5G, automotive and other specialized semiconductors, counts Advanced Micro Devices and Broadcom Inc among its customers.

GlobalFoundries plans to list on the Nasdaq under the symbol "GFS".