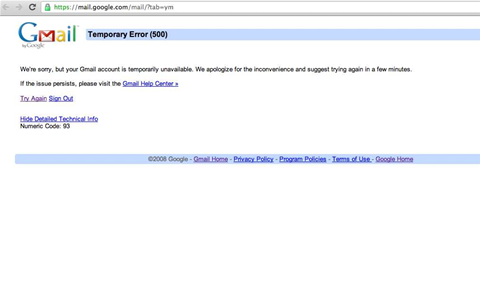 Google has resolved an hour-long outage of its Gmail service that affected up to seven million users overnight.

The outage rendered the mail service inaccessible to "less than 2 percent" of the Gmail user base, which numbers some 350 million worldwide.

The outage appeared to impact only free consumer accounts. One user noted that neither her student or work Gmail accounts were affected.

It was unclear how widespread the outage is.

Google apologised for the outage but did not provide further detail on how it occurred.