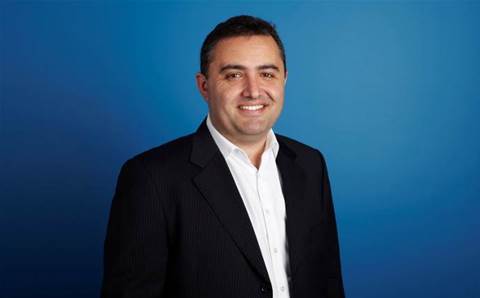 Google's managing director for Australia and New Zealand Jason Pellegrino has left the search giant after close to a decade to take on the chief executive role at real estate listing website Domain.

Pellegrino was promoted to the managing director role in May 2016, and was appointed to Google's Asia-Pacific leadership team, where he was responsible for the company's sales and operations across ANZ.

“I have spent close to a decade with Google and enjoyed every single day," said Pellegrino.

"I consider myself enormously lucky to have been part of this rapid shift in technology and our journey from desktop to smartphone and now the AI-powered world ahead. But what I will miss the most as I take on this new exciting role are all the fantastic colleagues, partners and customers I have had the privilege to work with over the years.”

Google Asia-Pacific president Karim Temsamani thanked Pellegrino for his contributions to the company over the past 10 years.

"Jason has not only been a great leader for our operations in Australia and New Zealand, he has also been a strong champion of the digital agenda and opportunity for the region. I have learned a lot from him and I am sad to lose him from our leadership team. I and the wider Google team will indeed miss him, both as a great colleague and leader.”

Google Australia reported more than $1 billion in revenue in the 2017 financial year, comprised of $604 million from advertising, $266 million in research and development and $17 million from other sources, with a pre-tax profit of $148 million.

Cloud application revenue made easy
By Brendon Foye
Jul 3 2018
9:56AM