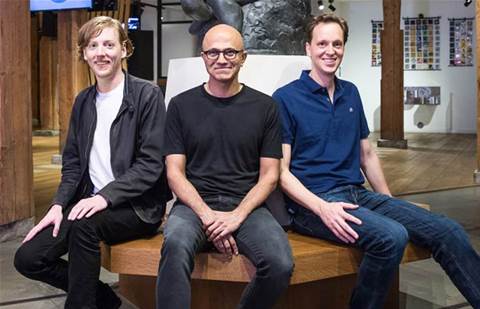 Microsoft's $9.8 billion offer for GitHub beat out Google in a bidding contest, according to a report Tuesday from CNBC.

The internet giant, a subsidiary of Alphabet, was simultaneously talking to GitHub in the weeks leading up to Microsoft's deal, but Microsoft prevailed in part by agreeing to pay a 25-times multiple on GitHub's US$300 million annual revenue.

Microsoft had been flirting with a potential GitHub deal for a couple years, but the last few weeks saw a serious resumption of negotiations between the two companies that had broken off several times before.

In addition to Microsoft and Google, GitHub had fielded interest in the past from Amazon, Tencent, and Atlassian, CNBC reported.

While GitHub is the go-to code management repository for open source developers, it has seen strong growth in its enterprise business.

GitHub generated US$100 million in sales last year with its enterprise offering, which installs the git code-management platform behind the user's firewall.

GitHub had struggled in finding a replacement for Wanstrath, who had tried to step down as chief executive last year. Leadership challenges were part of the reason the company shied away from a potential public offering, according to media reports.

Cloud application revenue made easy
By Joseph Tsidulko
Jun 6 2018
6:45AM