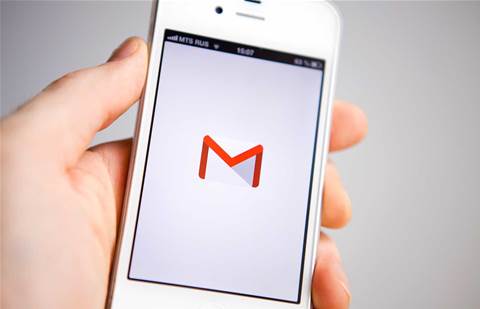 Google G Suite is already being used by 1.4 billion users today, but Google is applying AI and machine learning to its collaboration suite to give it the boost it needs to be even more ready for enterprise users.

Prabhakar Raghavan, vice president of engineering and G Suite, said he and his team had three design features in mind while reimaging and enhancing the Google G Suite: make it secure, smart, and simple.

"AI in the workplace is more than just talking to a plastic box … We are bringing simplicity to the workplace,"  Raghavan told the crowd at Google Cloud Next 2018 yesterday in San Francisco.

With more than 4 million businesses relying on G suite, the collaboration portfolio has to be secure. At Next, Google unveiled the G Suite Investigation Tool, a single console that lets administrators gather and identify security threats such as malicious email in real time. The investigation tool went into beta on Tuesday, Raghavan said.

Raghavan said that customers have asked to have select data reside in different areas, such as Europe or the U.S. With that in mind, the tech giant showcased Data Regions for G Suite, an offering for key G Suite apps that lets primary data move freely, without impact to performance. Data Regions is now generally available to all G Suite customers today.

Google wants to make collaboration smarter to help tackle the three things that employees do every day: reading, writing, and creating meetings.

To that end, the tech giant introduced Smart Reply for Hangouts Chat, an individual and group instant messaging platform. Google already rolled out Smart Reply, a technology that uses machine learning to automatically compose messages for Gmail, but now, the machine-learning feature that is filling in the blanks for about 10 percent of Gmail messages being sent today is being injected into Hangouts Chat.

Similarly, Google is expanding its Smart Compose feature that can autofill emails using machine learning to predict responses. Google's chief executive Sundar Pichai, who also made a surprise appearance during Google Next's day one keynotes,  first showcased the capability at the I/O developer conference in May for consumer Gmail users. Now, Raghavan said that the feature will be available to business customers in the coming weeks.

Google Docs is also using AI to correct grammar. The new service will be able to recognise errors and suggest a fix, and is available for G Suite's early adopter program for users to test updates. Grammar correction for Google Docs is now available in beta.

The last area Google tackled was making meetings easier, starting with calendar scheduling, which Raghavan called a "hellacious" experience. With Google Calendar, business users can simply include participants and the Calendar function will do the rest by identifying a time slot and an appropriate conference room based off of rooms that users typically book, or rooms close to their seat.

Raghavan said that Google is also deepening its commitment to high-definition meetings by introducing Voice Commands for Google Hangouts Meet hardware. Users will be able to start video meetings by saying; "Hey, Google, start the meeting," and there's more to come, he said. Voice Command features are available to select Meet customers today.