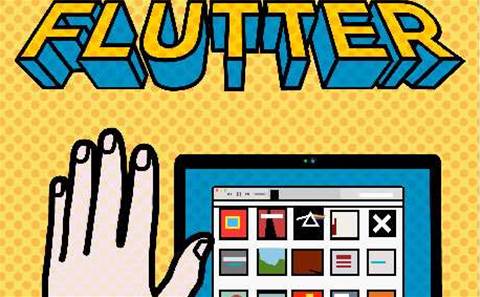 Google has bought gesture-recognition firm Flutter, which describes itself as a Kinect for oper.

Flutter uses a standard webcam, with the software detecting your hand and using it to navigate through selected apps - such as Spotify, Chrome and iTunes - on Windows or OS X.

The terms of the acquisition weren't revealed, and Flutter said its apps would remain available for existing users, and they were still available for download at the time of publishing.

"When we started three years ago, our dream to build a ubiquitous and power-efficient gesture recognition technology was considered by many as just 'a dream', not a real possibility," said CEO Navneet Dalal in a post on the Flutter website. "Since then, we have strived to build the best machine vision algorithms and a delightful user experience."

He said that research would continue - and expand - at Google, saying "we’re excited to add their rocket fuel to our journey".

While Microsoft's Kinect has been around since 2010, gesture recognition is only now starting to push into computing - notably with the Leap Motion controller, which is being integrated into an HP laptop.

Grab the MSP security opportunity
By Nicole Kobie
Oct 4 2013
8:25AM