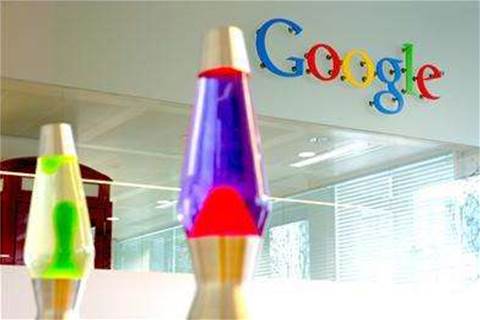 Google+ is the latest big winner in the swelling social revolution and has closed out 2011 with its most successful month since its launch.

Google+, Google's latest attempt at a social networking play, launched to yawns in July, and generated predictions of fast failure. But as the social revolution grows, driven by the likes of Facebook and enterprise social players like Salesforce.com, Google+ is beginning to reap the rewards.

According to a recent report from Experian Hitwise, a firm that tracks internet usage and search data, Google+ saw 49 million U.S. visitors in December 2011, marking its best month ever and a 55 percent increase in traffic over November 2011.

That Hitwise figure comes on the heels of a report from Paul Allen, founder of Ancestry.com and an unofficial Google+ statistician, that Google+ will see explosive growth into 2012.

"I predict that 2012 is going to be a breakout year for Google+ and that it will end next year with more than 400 million users," Allen wrote in a blog post about Google+ traction.

According to Allen, by late December Google+ had surpassed 62 million users and was adding an estimated 625,000 new users per day.

"Google+ is adding new users at a very rapid pace. It may be the holidays, the TV commercials, the Android 4 signups, celebrity and brand appeal, or positive word of mouth, or a combination of all these factors, but there is no question that the number of new users signing up for Google+ each day has accelerated markedly in the past several weeks," Allen wrote.

While Google+ isn't on track to compete head-to-head against chief rival Facebook, which has more than 800 million global users, Google's integration of Google+ into other offerings, including Gmail, Google Reader and Google Apps have greatly extended the social network's reach.

According to Allen, Google+ officially hit the 10 million user mark by mid-July, shortly after Google opened up the service to all users. Prior to that, it was invitation only. As of October 13, Google CEO Larry Page announced that Google+ had amassed more than 40 million users. By December 1, user numbers hit 50 million and by December 27, when Allen published his report, Google+ boasted an estimated 62 million users.

"What is really remarkable is that nearly [one-fourth] of all Google+ users (24.01 percent to be precise) will have joined in December alone," Allen wrote.

Allen predicted that as of January 1, Google+ would have more than 65 million users and come February 1, that number would exceed 85 million. Looking further ahead, Allen said he expects Google+ to hit the 100 million user mark by February 25 and 200 million come August 3.

Further fueling Google+'s growth will be the number of APIs that will be release to enable developers to build on top of it as a platform, Allen said.

"I expect the growth to continue to accelerate however. Google can continue to integrate Google+ into its other products and word of mouth will continue to build," Allen wrote. "Most importantly, 700,000 Android devices are activated daily and this will become a very significant source of new users for Google+. That number will also grow next year."