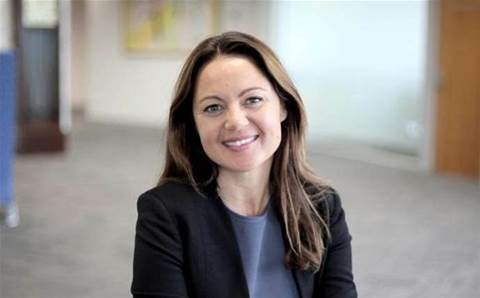 Google Cloud head of cloud partnerships and alliances Rhody Burton has revealed she has left the company to join cloud infrastructure vendor HashiCorp.

Burton announced the move on LinkedIn, saying she had joined HashiCorp as APJ director of partner sales and that she is set to start “soon”.

"We thank Rhody for her invaluable support and contribution to our ANZ business over the last four years. We wish her all the best in her new role as the new APJ Channel Leader for Hashicorp, a valued partner of ours, and look forward to continuing working closely with her," the spokesperson said.

Burton departs after close to four years at Google Cloud, where she joined as channel chief in 2018 after holding channel leadership roles for a number of vendors.

“What a phenomenal ride it has been,” Burton’s LinkedIn announcement read. “I’m so proud of my incredible team, the amazing partner community we have built, the number of customers we have helped innovate with Google Cloud technology and most of all what I have learned.”

“I feel very grateful for the past four years where I’ve had the opportunity to work with so many talented people and can’t wait to see Google Cloud continue on this hyper growth trajectory we started.”

Before joining Google Cloud, Burton was ANZ director of global business partners at IBM from 2015 to 2017. She replaced Phil Cameron, the current Westcon-Comstor ANZ boss.

Her hiring in 2018 also coincided with the hyperscaler ramping up its ANZ cloud channel business, also bringing in other talent from Microsoft and CA Technologies.

Prior to that, she also held a variety of channel roles at SAP, VMware, SAP-owned Business Objects, Crystal Decisions and Seagate Software.

Speaking on her new role at HashiCorp, Burton said, “[APJ director of partner sales] is such a great role, in a fantastic hyper growth company with really talented people at a stage of growth that I love being part of.”

“Thank you to everyone at Google Cloud and our partner community for all your support and I look forward to meeting lots of new people and bringing lots of both together.”

Grabbing the hybrid cloud opportunity with Lenovo and Azure Services
By Nico Arboleda
Nov 8 2021
11:05AM