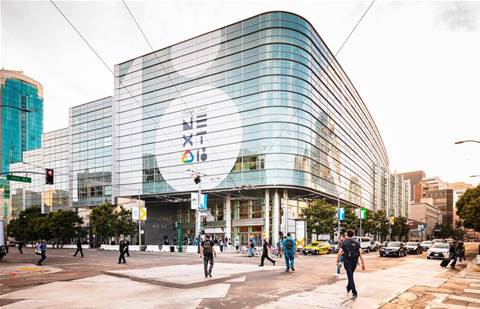 Google has unveiled new cloud offerings coming to its portfolio as it looks to expand its presence in the enterprise space.

At the Google Cloud Next conference in San Francisco today, the company revealed machine learning enhancements to BigQuery and Cloud IoT, as well as updates to G Suite and new security enhancements.

Analytics data warehouse BigQuery will be getting the machine learning treatment with BigQueryML, allowing data scientists and analysts to build and deploy machine learning models without needing to be proficient in programming languages like R or Python, or a deep understanding of feature engineering, model selection, and hypertuning processes.

“[Data scientists and data analysts] can perform predictive analytics like forecasting sales and creating customer segments right at the source, where they already store their data,” Google said in an announcement.

“And all of this is possible within a fraction of the time associated with traditional machine learning systems.”

BigQuery ML is now in beta, as well as the ability to create clustered tables and new geospatial data types and functions for BigQuery GIS.

Edge TPU ​​is a purpose-built ASIC chip designed to run TensorFlow Lite ML models at the edge, while Cloud IoT extends Google Cloud’s AI capability to gateways and connected devices. Combined, they can build and train machine learning models in the cloud.

The company said these enhancements can help businesses increase their operational reliability, make faster real-time predictions and increase the security for devices and data.

A development kit, including a system on module combining Edge TPU, a NXP CPU, Wi-Fi,
and Microchip’s secure element, will be available to developers on October 2018.

Meanwhile, G Suite will have a new Gmail, Cloud Search, Google Voice and Drive Enterprise SKU available for some users.

Gmail will have redesigned security warnings, snooze, offline access; cloud search can now index their third-party data beyond G Suite; an enterprise version of Voice is coming to G Suite; and Drive Enterprise will now be available to purchase as a standalone offering with usage-based pricing to help customers transition into G Suite smoother.

In addition, G Suite will rename its Trusted Tester and Early Adopter programs to Alpha and Beta, respectively.

A number of security enhancements that were announced in March are coming to fruition, with some in beta, coming soon to beta, or already available.

Access transparency is set to be generally available soon, while G Suite security centre investigation tool is available through the early adopter program. Context-aware access capabilities is coming soon to beta for Cloud IAM, Cloud IAP and Cloud Identity, while Titan Security Key will come soon to the Google Store.

“Moving to the cloud requires careful planning and hard work, but it also requires something more fundamental: trust,” Google said.

“You need to trust that your cloud provider will keep your data safe and prevent threats, and also do it in a way that is transparent and keeps you in control. As threats increase in complexity, trust requires a cloud provider that is always working to create new ways to protect you by being on the forefront of security innovation.”

The service will also allow for GKE to not be confined to Google infrastructure with an on-premises solution, showcasing a Kubernetes cluster running the managed container service on a vSphere-virtualized server set up on the stage at Google Next.