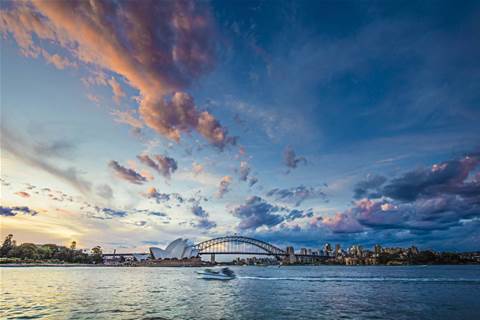 Google Cloud has launched its VMware Engine in Australia designed for migration of the virtualisation giant’s platform into the search giant’s public cloud platform.

“VMware technologies form the cornerstone of many customers’ enterprise IT environments and we’re focused on giving customers a simple way to be able to run what they want, where they want and how they want,” Google Cloud’s local boss Mark Innes said in a statement.

“As part of our ongoing commitment to enterprise customers, this is a significant step forward, building on the support we have already added for the likes of SAP, Oracle and Windows over the last year.”

The new offering uses hyper-converged architecture for run and scale. Google Cloud said the service could be used to spin up VMware private clouds with “integrated connectivity" to its services including BigQuery, Cloud Operations, Cloud Storage, Kubernetes, and Cloud AI.

The public cloud provider said this would be particularly relevant to the public sector, telecommunications and financial services industries.

Google Cloud touted its worldwide presence, saying it would allow multinational customers to benefit from the service’s unique networking capabilities, such as its global routing service to allow VMware workloads to securely communicate across regions.

The Cloud Foundation, launched in 2018 is VMware’s bundle of all its products to create a hybrid cloud environment. It includes vSphere for compute virtualisation, VSAN for software-defined storage and NSX for network virtualisation.

The Cloud Foundation added the Google Cloud component in mid 2019 and gained a boost later that year with the company’s acquisition of CloudSimple.

“Local customers can now maintain the familiarity of their VMware tools and training and protect their investments as they execute on their cloud strategies. We look forward to helping our mutual customers bring new services to market rapidly and operate them seamlessly and more securely across hybrid- and multi-cloud environments.”

From a partner perspective, NTT’s local head of data centre Nathan Vandenberg said in a statement that many of the integrator’s clients were “transforming their on-premises environment to hybrid cloud, allowing them to take advantage of the scale, agility, and access to cloud-native services”.

“Having the option to simply and quickly extend their VMware workflows to be adjacent and highly connected to Google Cloud is an enormous benefit to our clients as they modernise their environments by leveraging containers, data management and databases, smart analytics, machine learning and AI,” he added.

“This strategy leverages the Enterprise Technology Stack and aligns perfectly with the transformation aspirations of many of our customers, including moving mission critical operations to the cloud.”